With the rise of the metaverse concept and the development of Naked-eye 3D LED Screen Display technology, the trend of the digital market will also affect the Outdoor Advertising Industry. When consumers are used to watching 4K high-definition quality advertisements, their needs can only be met through digital advertising equipment.

Therefore, the development of digital technology will promote outdoor advertising, because 4K high-definition picture quality brings high resolution and high brightness. This gorgeous visual perception will attract consumers' attention for a long time in the future.

The Naked eye 3D three-flowered cat on the streets of Shinjuku may be the most impressive to everyone. The realistic image and the healing power of cute pets make it a representative of the mascot of Shinjuku. There are many different forms of innovative marketing for 3D LED advertising that are worth exploring.

How to integrate Mobile Ads in Outdoor 3D LED Advertising?

The core of Outdoor Marketing is all about enhancing the user experience by doing everything possible. To enhance customer interaction, some specific brands will use mobile phones as carriers to integrate outdoor advertisements campaign. QR code technology helps potential consumer groups form a strong link with 3D LED advertisement campaigns and provide valuable user data for brands in a timely manner.

Consumer feedback will help the brand a good reference template and make more customized pushes based on this to further improve user experience.

Many 3D LED campaign has shown that when consumers enter the range of 3D outdoor billboards, interactions are instant connections with customers’ mobile immediately when they come in the range of advertising billboards. QR code is also becoming commonplace because QR code enables advertisements to jump inside the customer’s phone. QR codes are becoming more commonplace as they allow advertisements to "jump" to consumers' phones. 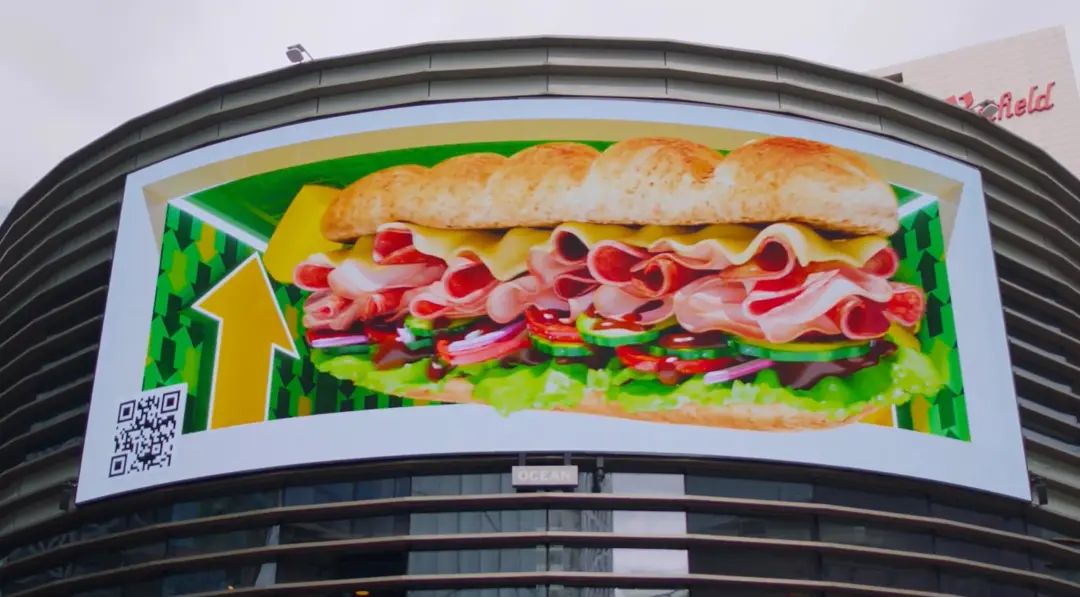 The 3D LED Video Advertising Campain was represented by Above+Beyond at Westfield Stratford, a UK shopping center. Passers-by are invited to scan a QR code on the 3D LED Display billboard and enter the Subway production process through an app. 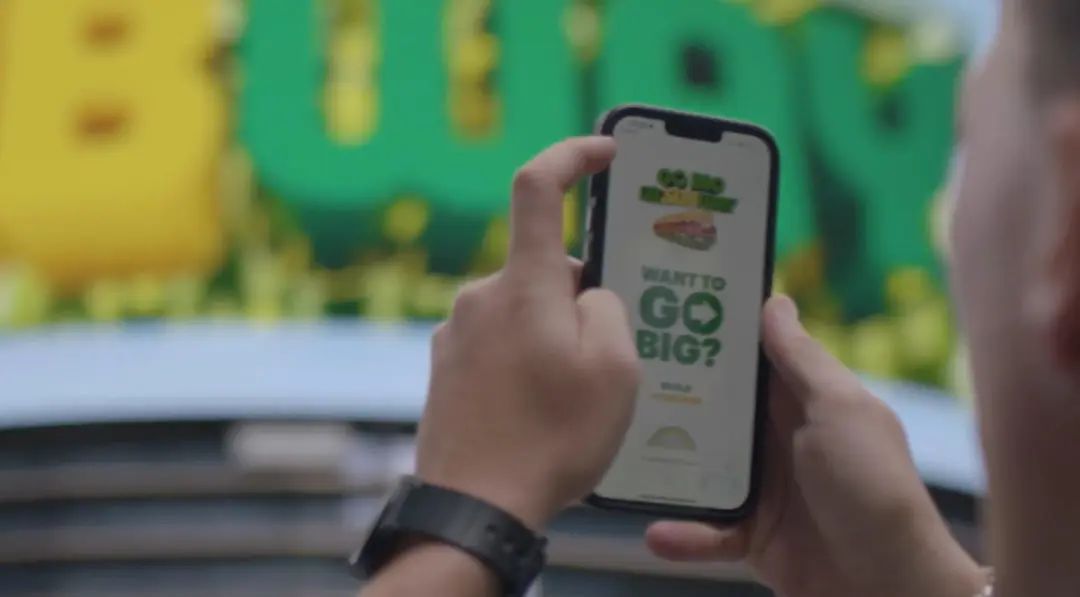 People can choose different ingredients to make their ideal sandwiches according to their preferences. The selection operation on the mobile phone is linked to the 3D LED billboard, and the selection of each material will be presented in the form of 3D animation on the big 3D LED Screen. 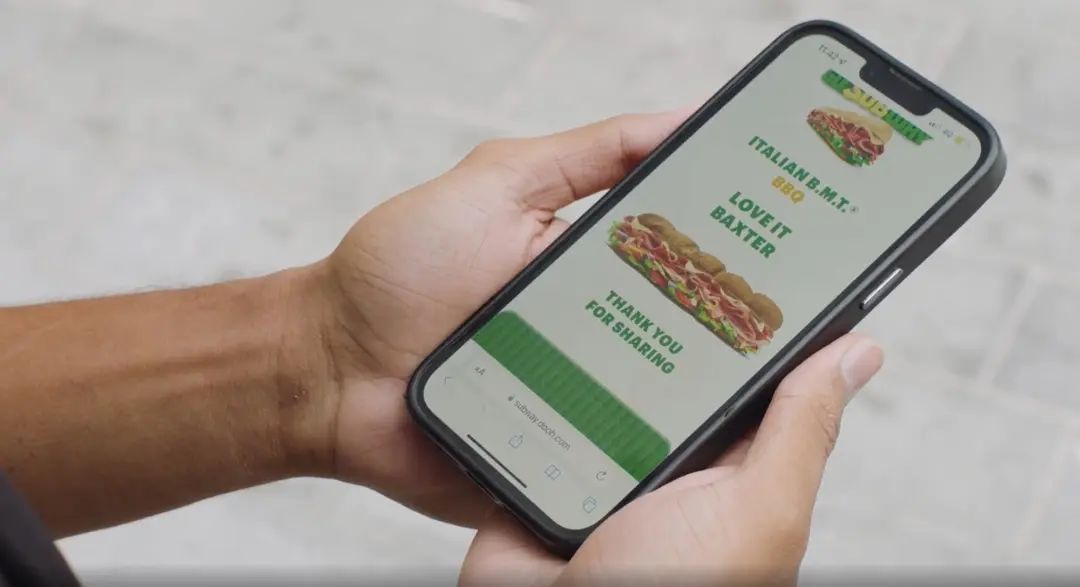 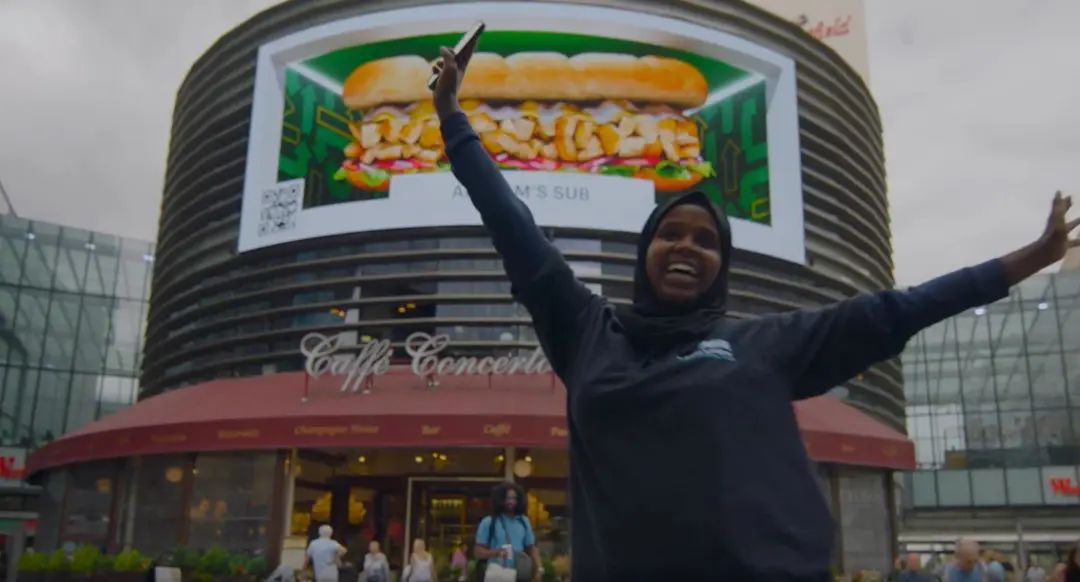 After the production process on the mobile phone is completed, Subway's clerk will deliver a real Subway to the participants. 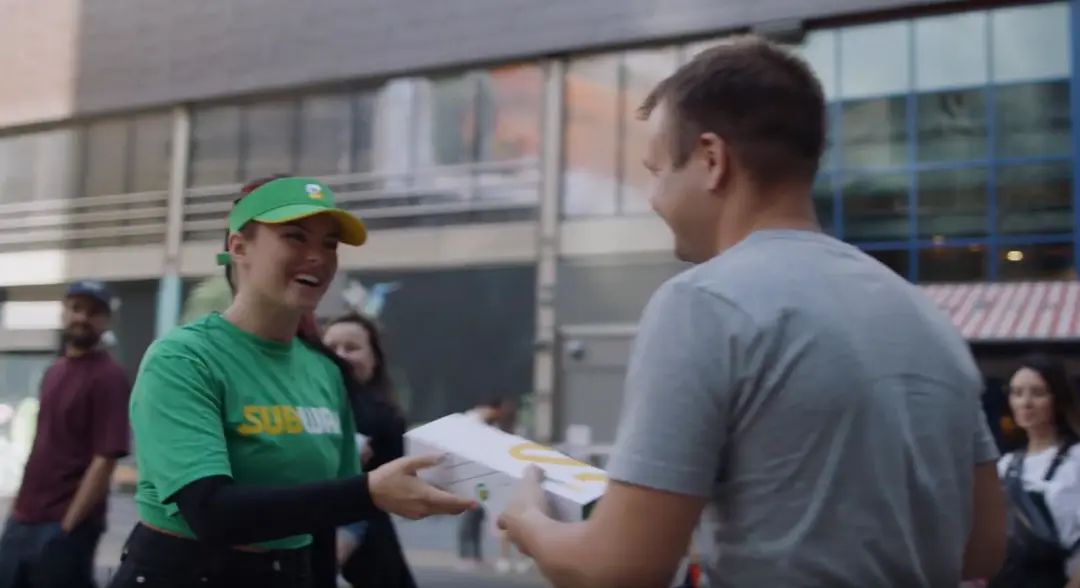 Dom Goldman, the chief creative officer at Above + Beyond, said in a statement: “It’s always exciting to embrace new technology and pioneer ways to engage with audiences. We’ve seen many great 3D LED billboards, but creating a fully interactive 3D LED Screen and embedding it, this is the first time."

How can brands embrace the Power of Storytelling through 3D LED Video?

Expert opinions indicate that Naked eye 3D LED Outdoor Advertising with a narrative presentation will lead the trend in 2023. Using this strategy, the brand can well embed the core highlights of the brand or product story in Outdoor 3D LED Advertising.

Through this phenomenon, we can know that how to build a full 3D image, 3D Video, 3D Scenes, and content around the brand is very important. It is a good strategic model to pose a problem and give a solution. In the end, the brand still needs to provide relevant products according to the purchase needs of consumers as a problem solver.

Nowadays, more and more brands are highly aware of the importance of unconventional story creativity, which will make advertising highly engaging and topical, and resonate with consumers. Only when consumers are moved by the authenticity and fun of the story and feel the full sincerity of the brand, will they unswervingly believe in the story and transfer this enthusiasm and trust to the brand.

Now, Meta Reality Labs has "taken over" Piccadilly in the heart of London's West End to promote Meta Quest 2.

The ad, part of Meta's "Extraordinary Wishes" campaign, features an astronaut reaching out and leaping out of the screen. 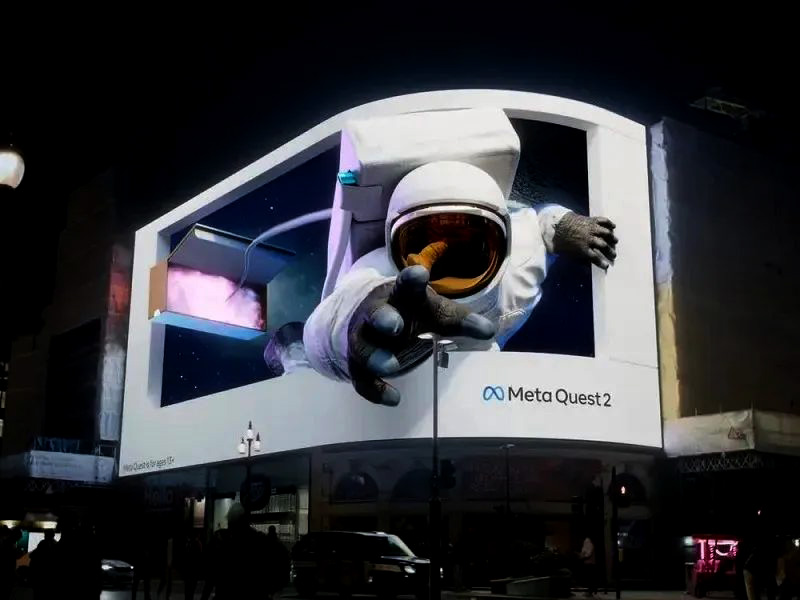 Advertising on the billboard costs more than $6 million a year and is estimated to bring about 72 million traffic a year, according to the business news website Quartz.

Chelsey Susan Kantor of Meta Quest said: "Through this campaign, we hope to capture the joyful moments of big, extraordinary wish-fulfillment based on Quest 2."

She added: "Whether it's becoming an astronaut, taking to the skies as a superhero, or even spending an afternoon on the International Space Station - all of these aspirations can be fulfilled in virtual reality."

Separately, Meta has poured $36 billion into Reality Labs since 2019, according to an insider's analysis of Meta's financial documents.

It is reported that the UK Quest 2 ad will run until the end of this year, and at the same time, the ad will also be launched across the United States.

Adhaiwell can make both 3D LED screens and 3D Video in China supplier.