What is the Latest Trend 3D LED Screen Advertising Display?

Recently, the South Korean Wave giant wave 3D LED display and the Chengdu naked-eye 3D spacecraft giant LED screen became popular, refreshing human's new understanding of naked-eye 3D display technology, and also means that the 3D naked-eye technology LED display is back in the sight of the public. Bring people a visual shock with the amazing 3D display effect. When more and more application cases are produced, it means that there are new developments in products and technologies, and they are being further accepted by the market. 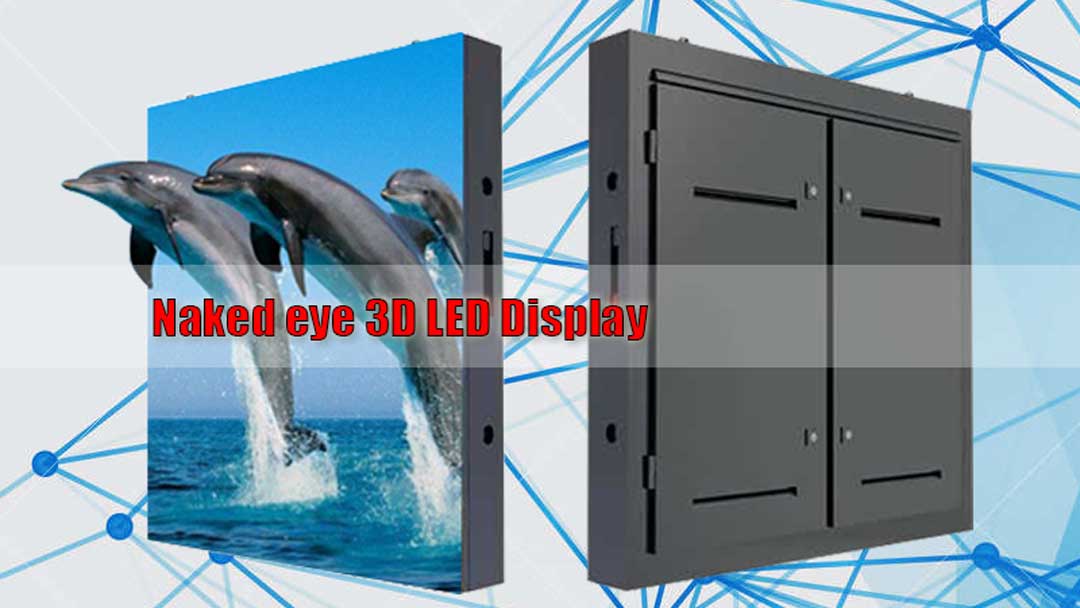 The COEX K-Pop Plaza at Samsung Station in Seoul, South Korea can be said to be the birthplace of the Korean Wave. Just outside the COEX Convention and Exhibition Center, there is a huge 3D LED display that wraps the building. In May of this year, D' strict, a local design company specializing in the image, space, and visual experience in Seoul, designed a huge 3D LED SCREEN installation art in the birthplace of Korean Wave: "Wave", which is actually a huge naked eye 3D LED surface screen, created by digital media company Dilution and Hallyu idol SM Entertainment, makes it difficult for viewers to distinguish true from false from various angles.

Note: The 3D LED screen is 20m high and 80m long. On the naked-eye 3D screen, D' strict simulates the turbulent state of waves rolling in the building, presenting an amazingly realistic effect.

In October 2020, the naked-eye 3D spacecraft giant LED screen installed in Chengdu was shockingly lit, and the cool black technology display instantly detonated the national and even overseas media to forward comments. Weibo’s real-time hot search TOP5, with a total of 320 million views. A large number of fans rushed to the scene to experience the ultimate visual experience brought large screen. The scene was full of people, and many overseas netizens were crazy about China's black technology, refreshing the world's new understanding of China's display technology.

It is understood that this Internet celebrity 3D LED giant screen, located in the core business district of Taikoo Li, Chunxi Road, Chengdu, has a resolution of 8K and a total area of nearly 1,000 square meters. The naked-eye 3D giant LED screen and the 450 square meters ultra-high-definition screen on the side can be "dual screens". Linkage", the project specifically presents diversified details for different scenes of day and night, such as 90° seamless corner module technology, outdoor high-brightness wide-angle display panel technology, high-contrast light-absorbing mask, etc., to break the border of art and let the whole The wall immediately injected new life with naked-eye 3D digital technology, making this creative large screen radiate up to 400,000 people per day, which can increase the ROI by at least three times compared with traditional outdoor advertising. This performance can be regarded as a typical case in the history of outdoor commercial display. " Chengdu naked eye 3D spaceship LED 8K giant screen" hits spread.

Let us professionally interpret and decrypt: what is the Latest Trend in 3D LED display?

On the hardware of 3D LED Screen:

Compared with traditional products, the naked-eye 3D LED displays to pay more attention to high refresh, high grayscale, high dynamic contrast, and smooth transition between curved surfaces and corners; In addition, the playback server needs to be connected to a professional graphics workstation and a multi-graphics frame synchronization card.

On the software of 3D LED Screen:

A more professional decoder is required, which must be able to support the material mapping and correction functions of the special-shaped display carrier, and support the optimization of the bottom layer of the high bitstream decoding;

On the Play Contents of 3D LED Screen:

There is also a certain degree of emphasis. The selected main perspective needs to be constructed according to the perspective relationship of the display model, and the resolution is point-to-point customized. To ensure the best display 3D effect, it is recommended to use the HAP format;

In addition to the advancement of software and hardware in recent years, the improvement of the production level of material has also played a major role. At present, the production of the video is polished in accordance with the requirements of quality. In addition, the artistic nation of structural modeling makes it no longer limited to traditional flat screens and has more room for imagination.

The outdoor single screen area is larger, pixel density is larger, the overall effect is more shocking, the image details are clearer, the current content display mostly appears in the form of Internet celebrity communication, but it will be commercialized in the future. Higher value.

In summary, we can see that the vivid, lifelike images are amazing. The naked eye 3D LED display is reintegrated into outdoor architecture. We expect this pioneering move will drive a new wave of trends. The 3D LED Screen is just some of the unique devices for a super Mall, Plaza, and trade show advertising.