From the relevant data, the placement of high-tech outdoor LED large-screen advertisements has become the mainstream of media release.

The SMD LED Display  composed of light-emitting diode matrix blocks has the advantages of lighter and thinner, high brightness and high definition, and is widely loved by various brand owners. Compared with LCD screens, LED large screens can display more high-quality advertising text, rich colors, and full-feeling dynamic advertising images and videos. Together with the blessing of artificial intelligence technology, outdoor LED large-screen advertising has achieved "shocking "People's minds have significantly increased the reach and spread of advertisements. Passersby are much more likely to stop and take in your message. Outdoor LED displays offer even more flexibility with advertising.

The use of LED large-screen advertising can present naked-eye 3D visual effects, with a large visual sense of rich hue range and geometric brightness range, and still clear and unlimited under strong light, breaking the transmission limitations of traditional LCD advertising screens. It broadens the boundaries of the outdoor advertising industry, bringing new potential and new changes to the industry. 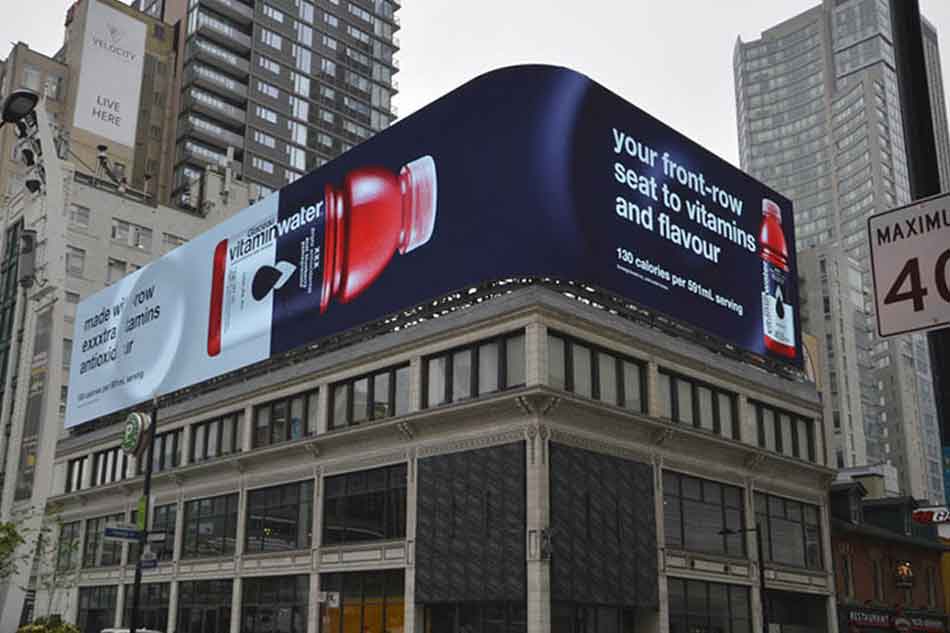 So, what are the specific values of outdoor LED large-screen advertising?

Foreseeable from the data, in the eyes of the audience, LED display advertising has more shocking, strong stereoscopic impact, high-quality, high-end fashion, huge area, and eye-catching advantages compared with flex PVC printing advertising billboard and backlit advertising billboard. The brand and product advertisements put on it have a "high-end" image value, which improves the audience's acceptance of the brand.

Using outdoor LED advertising, once broadcast, the form of immersive advertising is already shocking. Whether it is riding the desert, the cliffs of the Gobi, or the Mount Everest in the film advertisement, the Audi Q7 can move forward bravely, highlighting the spirit of the Audi Q7's fearless brand. The Audi Q7 under high dynamics and bright colors shows its extremely delicate and smooth appearance lines. The scene of yellow sand splashing highlights the powerful engine and stable configuration invisible, which directly hits the hearts of the audience. Astonished, it is reported that this set of LED advertisements interprets the brand's high-end image and also brings good marketing effects to Audi Q7. 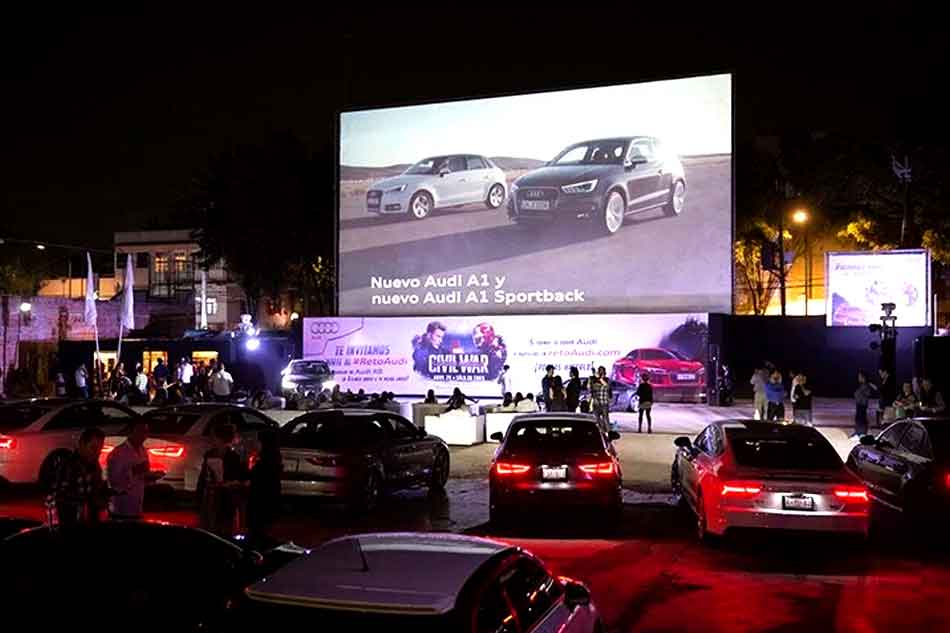 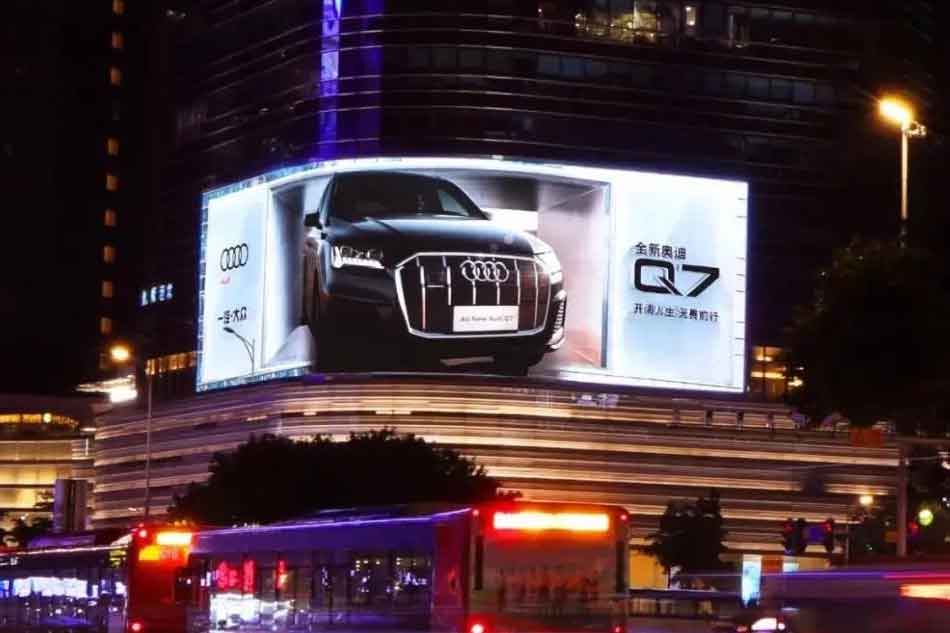 The high technology and operating costs of outdoor LED large screen advertising to determine the level of advertising on it. In addition to clothing, food, real estate, transportation and entertainment brands, many high-end brands and luxury brands will actively be attracted in, and at the same time, they will fill the advertising gaps in the mass media for luxury brands. In addition, outdoor large LED screen advertising displays are mainly concentrated in the city's core CBD business districts, densely-traffic arterial roads, high-end residential walls, etc., providing advertisers with rich and accurate placement options.

The top luxury brand LV used LED multi-screen linkage to conduct a real-time live broadcast of the 2021 spring and summer menswear series, realizing a 360-degree full coverage communication method from online to offline, across time and space; a brand, through LED advertising, focusing on the world, focusing on the core CBD business districts and fashion centers of the United States, Britain, Italy, and Western countries for new product dissemination. More than 200 large LED screens simultaneously broadcast the launch of its new brands. It can be seen that its "zero distance" trend the global target population has delivered brand and product information, realizing huge spatial value. 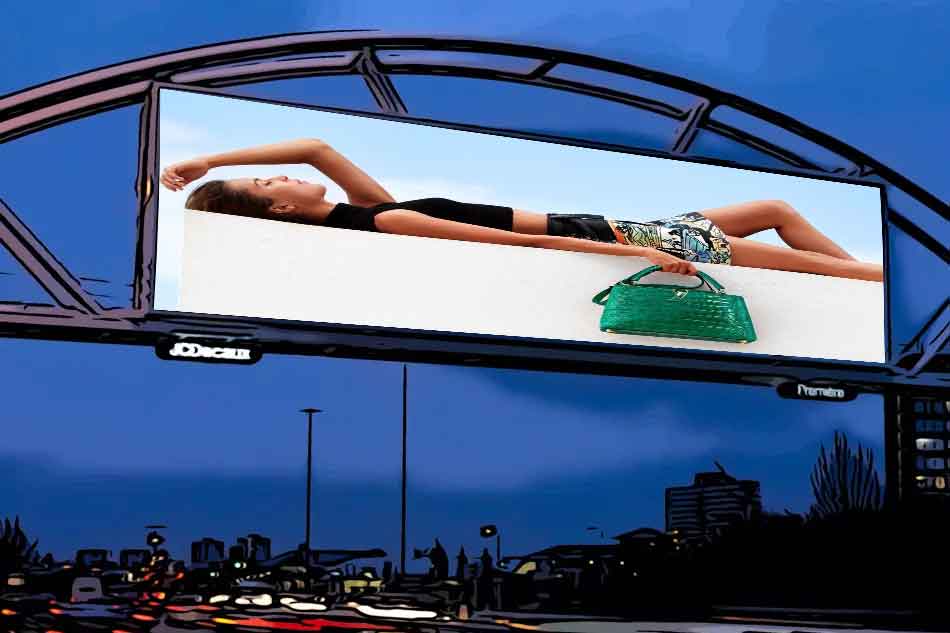 Online or social advertising has the characteristics of wide dissemination, punctuality, and fragmentation. However, the media dissemination is too fragmented and the media resources are rich, which makes the information dissemination unable to be concentrated. Then the outdoor LED screen advertisements carried out in the life circle of the target population, especially the LED screen with outstanding visual effects Huge advertising will become a trend.

LED large-screen advertisements are concentrated in locations with high consumer demand and economic activity, and closely follow the consumer's life and work scenes, allowing the target population to lock the brand name at a glance, ensuring accurate advertising and increasing marketing value. According to related data research, most of the people locked in the outdoor LED screen display are people with stable jobs. Among them, middle and senior managers and people with a college degree or above account for 32% and 74%, respectively. White-collar workers account for more than 60%. Relatively strong, especially focusing on products such as technology products, financial management, automobiles, tourism, apparel, and real estate. 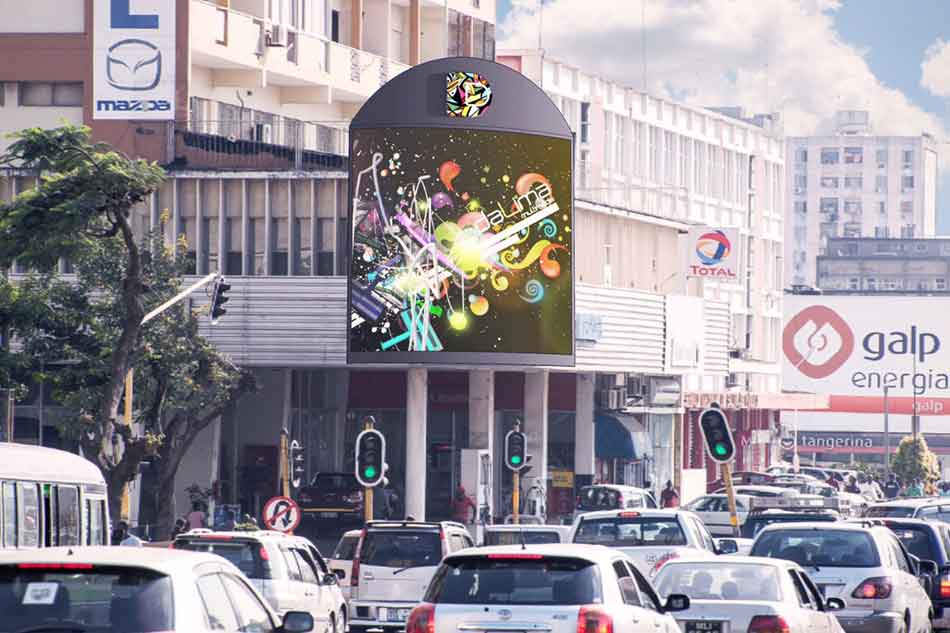 Outdoor LED large-screen advertising display is a form of advertising with full potential for development. It has the ability to display the core value of the brand, the value of covering the target business circle, and the huge marketing aggregation value. With the development of LED digital technology, we can also make the advertising three-dimensional, display the brand selling points at 360°, and bring consumers and brands closer. The distance between them triggers consumer resonance, which creates infinite possibilities for transformation.

When used correctly, the Outdoor LED Advertising Display can be advantageous to almost every type of business. All you need is the right mix of creativity, brand, and value to catch the attention of your customers.

If you’re looking for an LED advertising screen product, contact the team at Adhaiwell today. We’re the premier supplier of LED screen rental products and services in China. Find out how we can help your business make an insane impact in 2021.