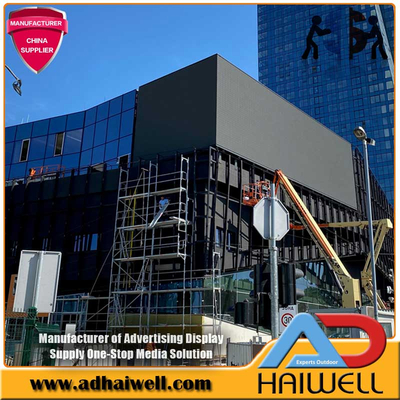 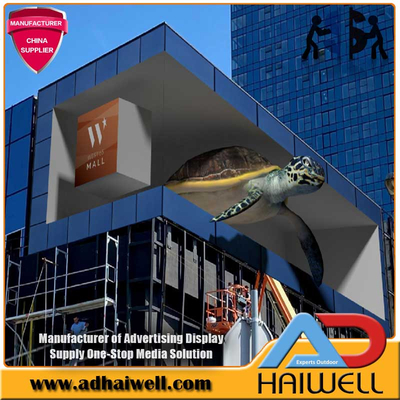 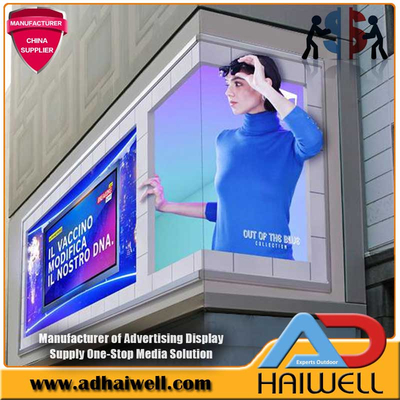 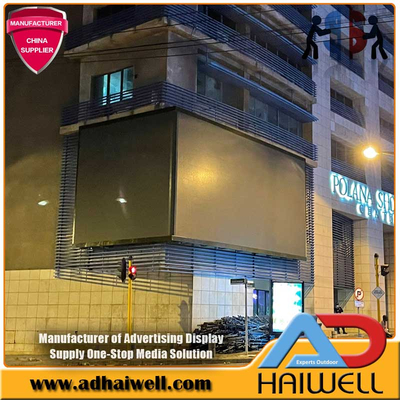 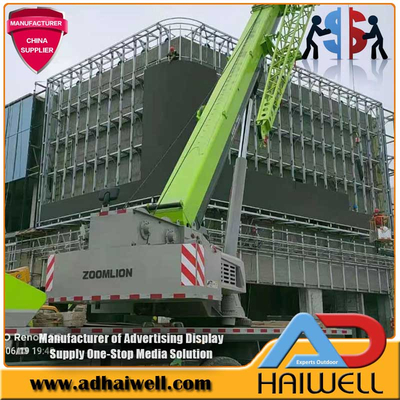 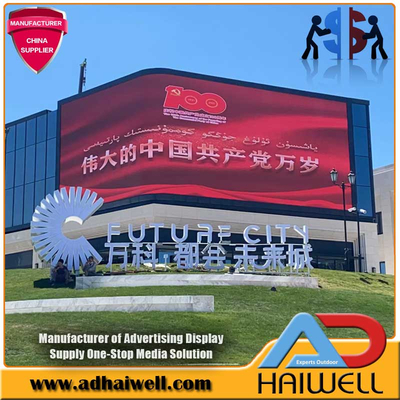 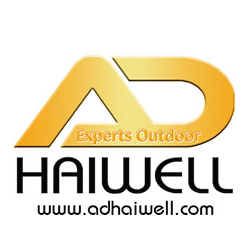 Since 2020, South Korea's SM Town's 3D Wave LED Screen designed by D' strict has been popular all over the world. It is really amazing to stand out in this rapidly changing digital 3D Video LED Screen Display market!

What is a really naked-eye 3D LED Display?

Why do need a 3D LED Screen Display for your business?

The naked-eye 3D technology makes the LED display effect of the 3D model extremely excellent. Make the picture and video more vivid and real, and bring a strong sense of experience and interest.

Attracting people to take the initiative to watch advertising content, the large 3D LED screen has become a place for Internet celebrities to check in. People voluntarily forwarded the content of advertisements and quickly increased brand awareness.

How to make an Outdoor 3D LED Display with Adhaiwell company?

Adhaiwell is an expert in the design and manufacture of various forms of outdoor 3D LED displays located in China. Adhaiwell, together with global customers, has triggered a global revolution in the 3D LED display industry.

Adhaiwell can help you to make both hardware of 3D LED Screen and software of 3D video for 3D LED Display together.

1.  Find the site of the building for installing the 3D LED Display

5.  Installed the LED cabinet on the wall-mounted steel structure. 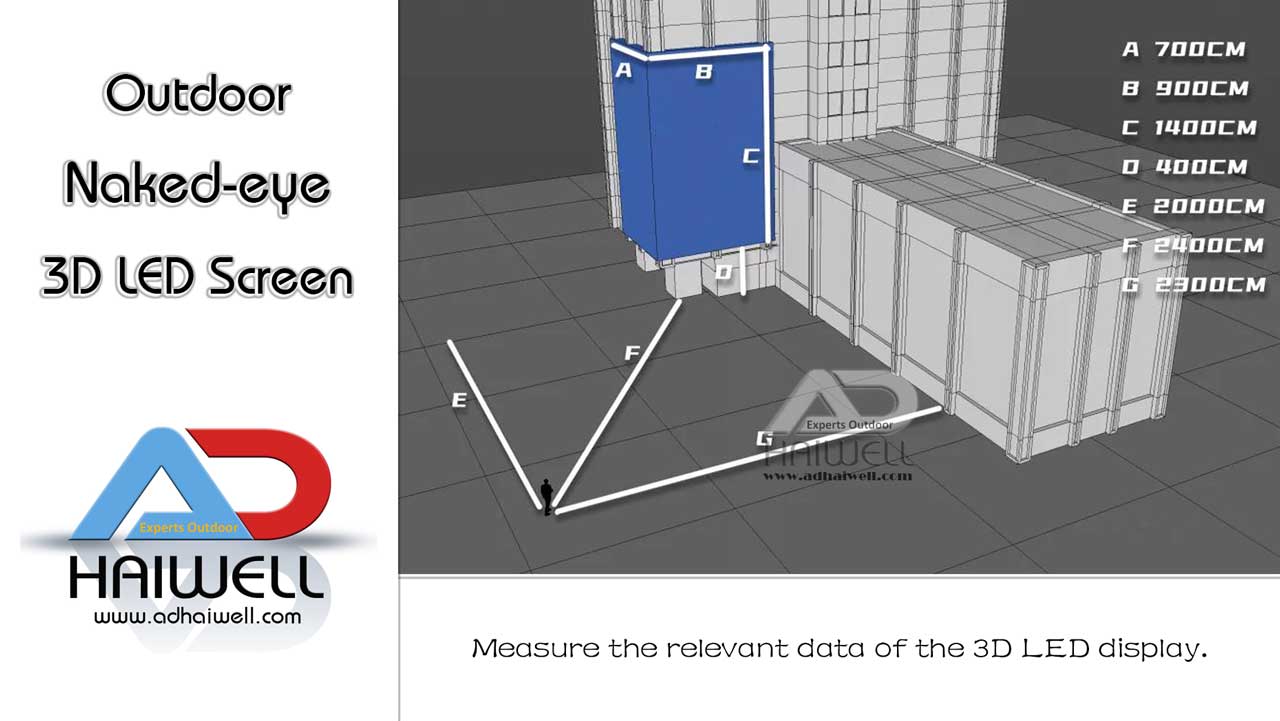 Find a right-angle building in a bustling city center or a high-traffic commercial plaza to install the 3D LED screen. Measure the relevant data of the 3D LED display to tell us. The 3D LED Screen is very suit for the unique devices for a super Mall, Plaza, and trade show advertising. 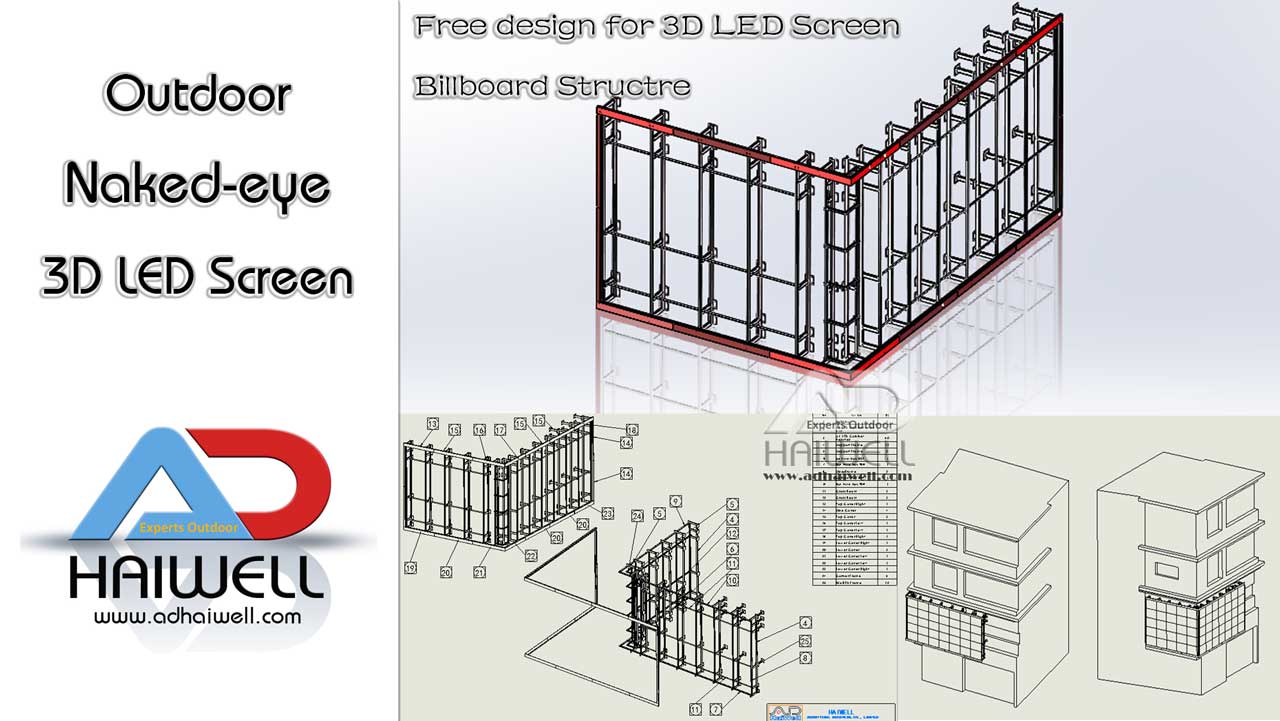 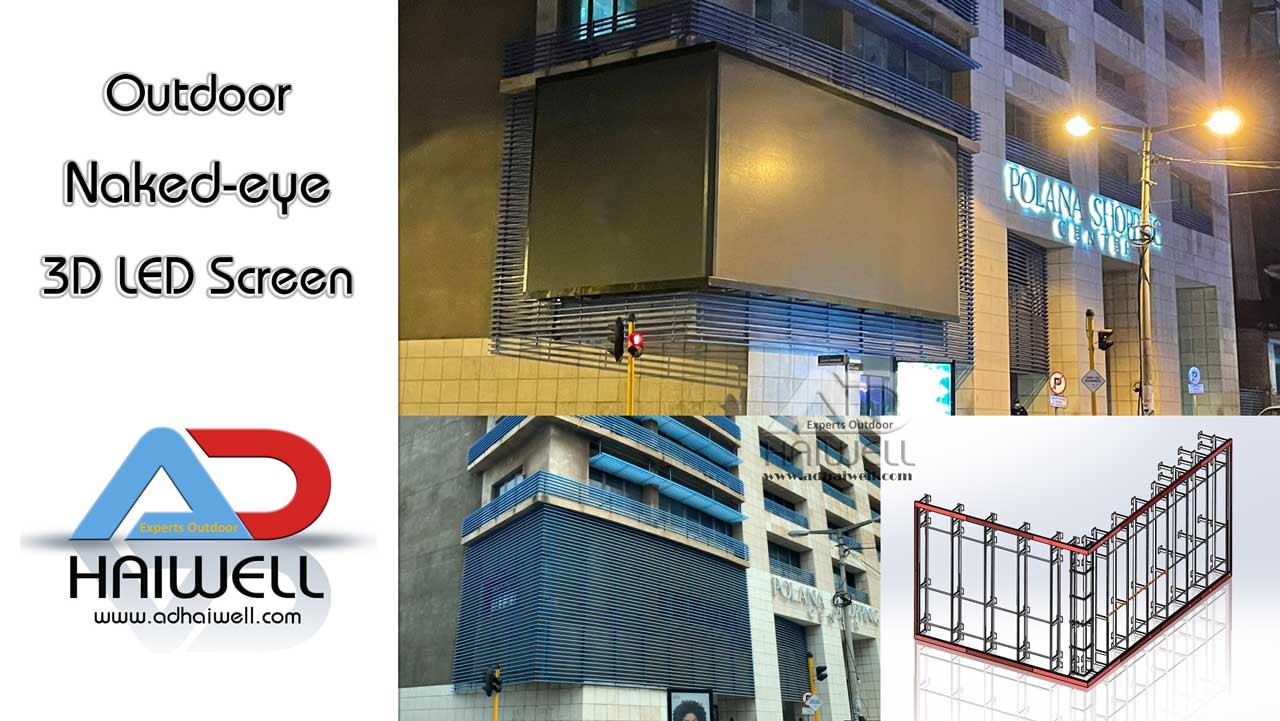 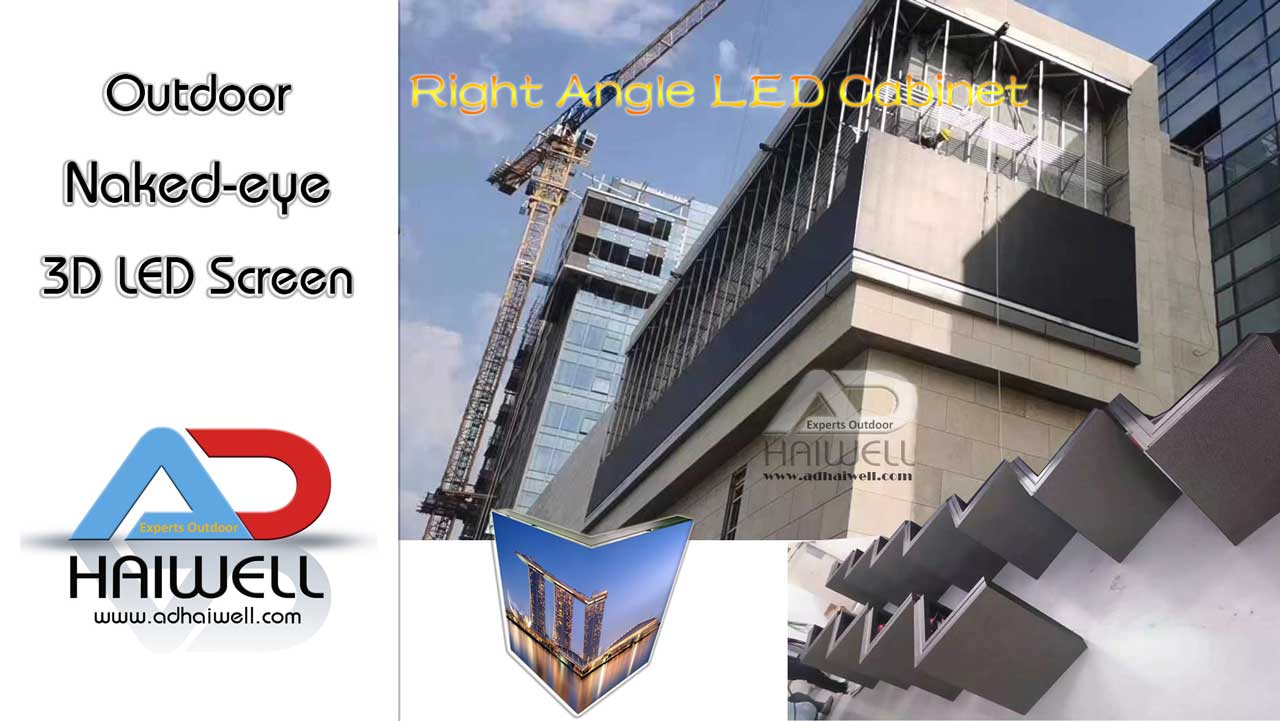 In order to present the best display effect, the naked-eye 3D LED display should support high-definition, high-color-depth video encoding in the software, and can be adapted to be played on atypical screens such as polygons or curved surfaces. In terms of hardware, naked-eye 3D LED displays to put more emphasis on detailed images, so the display has higher requirements on grayscale, refresh, and frame rate. 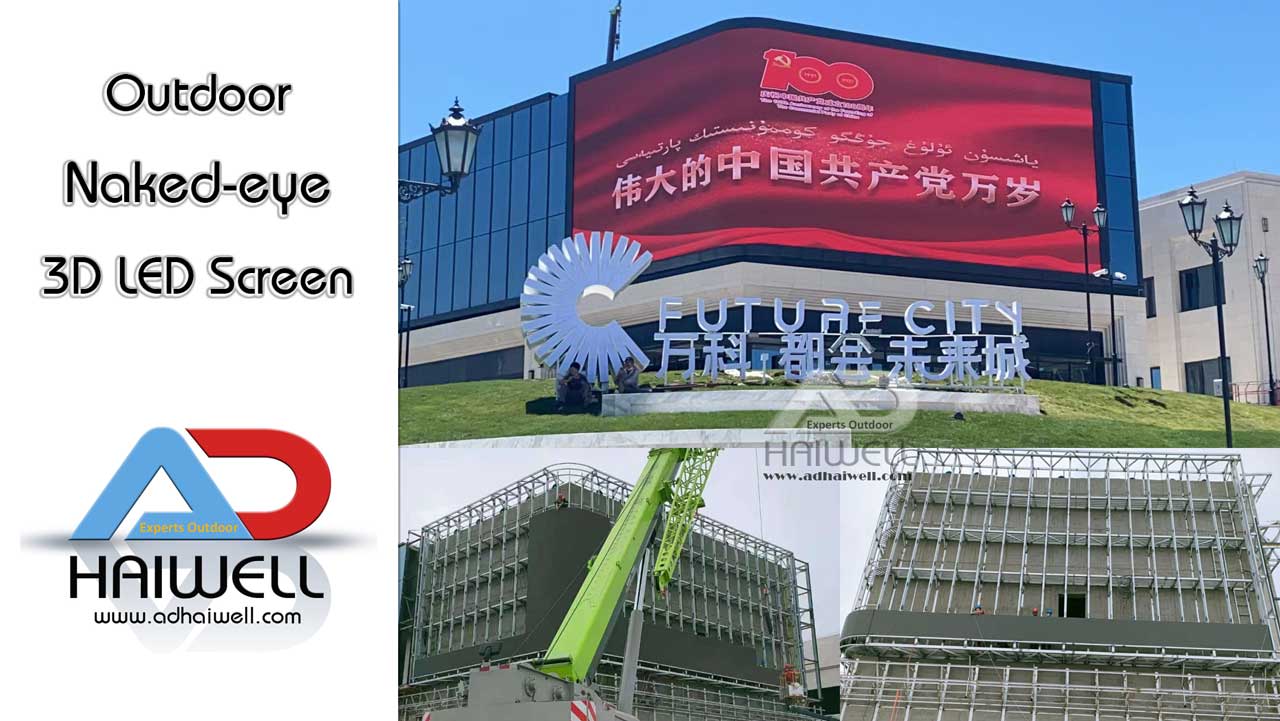 Adhaiwell team can guide you how to install the 3D LED display step by step.

Adhaiwell is the uniqueness expert of a manufacturer of outdoor naked eye 3D LED screens who can supply one-stop 3D video media & advertising solutions and services in China. 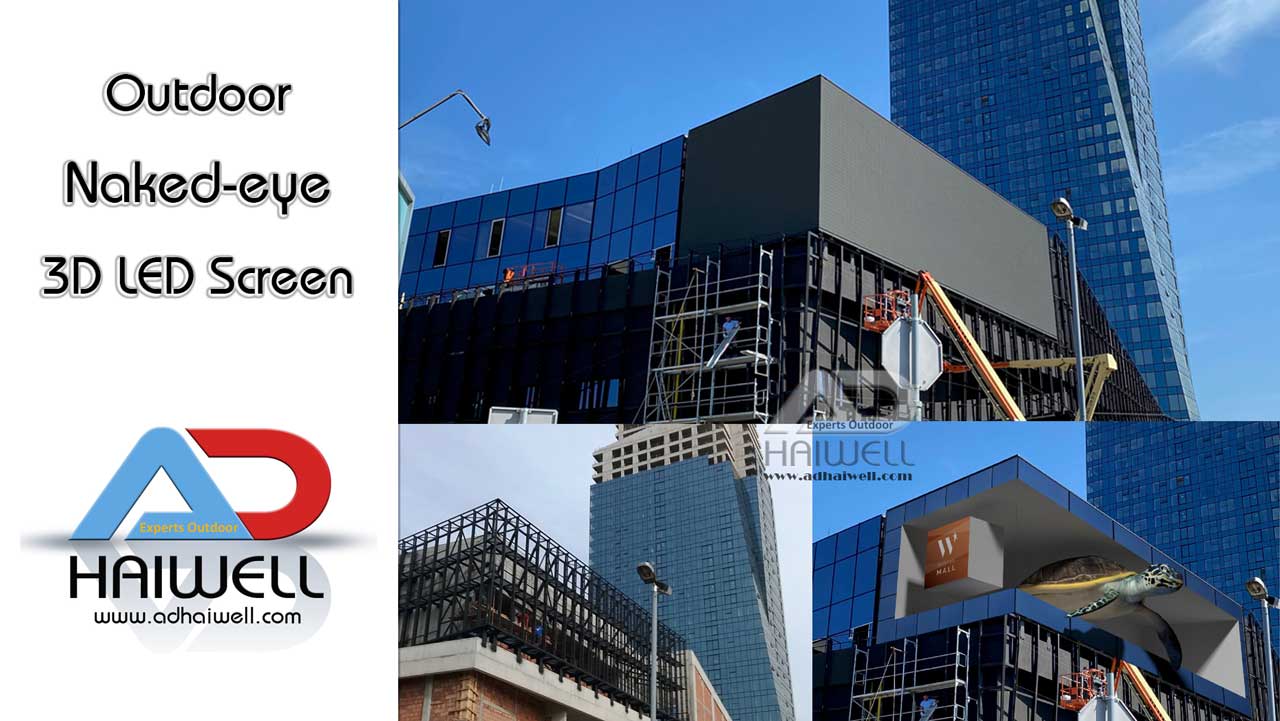 You can think the 3D LED screen is same as the common LED screen for good understand. Hardware must be advanced to cater the needs for 3D Video contents. The key is the video of 3D.

2. Both parties communicate creative ideas for the 3D video.

3. Confirm the creative script of the 3D Video.

5. Submit the first draft with a watermark.

7. Confirm the finished product after modification,

How to make 3D Video