The Ukrainian war has attracted worldwide attention, and the demand for peace has quickly become a hot spot. Immediately afterwards, various prayers, blessings, declarations, calls, etc. on TV, the Internet, and especially social media spread out, and it seems to be huge! However, the detailed inventory really did not remember which message, but was constantly flooded with new messages every day! Suddenly, a solidarity activity in outdoor LED advertising became popular and have more power. Without too much language, it quietly returned to the essence of propaganda, which was highly resonant and unforgettable. The dominance and topical power of outdoor LED screen advertising dispaly has been vividly displayed in this wave of publicity! 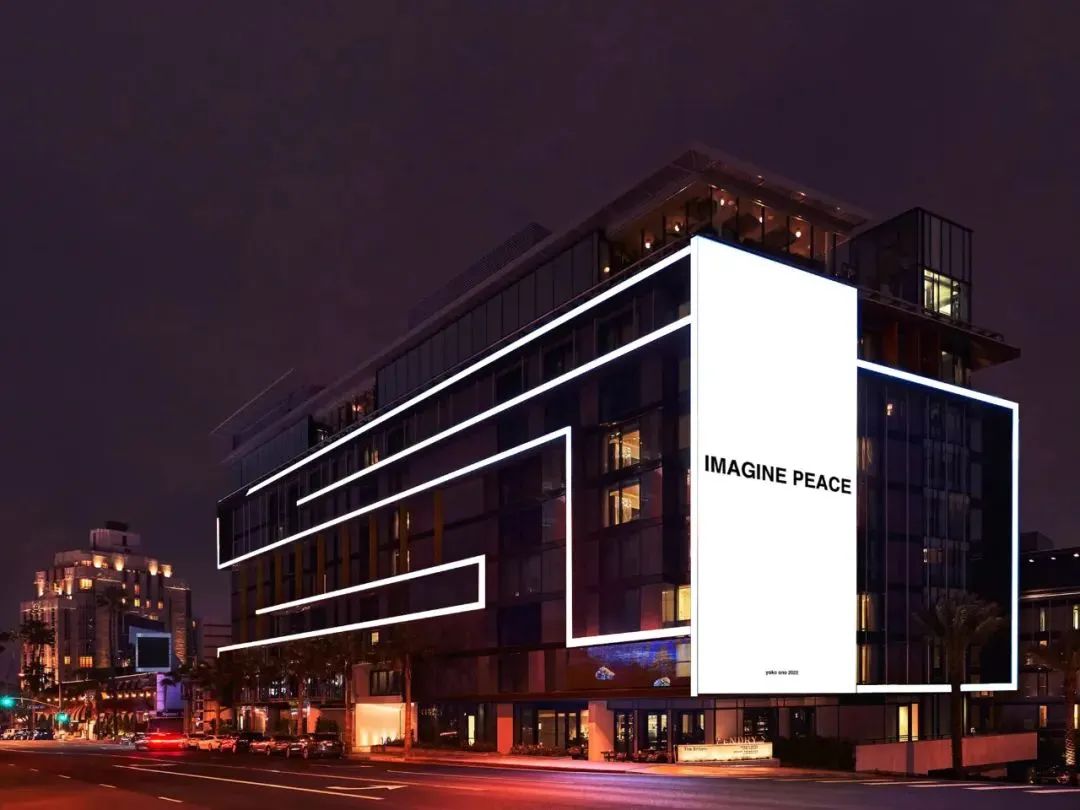 Yoko Ono, 89, is both a multimedia artist and a peace advocate. She has worked to spread the message of peace to the world through her writing and writing to unite the community for many years. With the start of the Russian-Ukrainian war, people all over the world are paying close attention to the situation. Artist Yoko Ono teamed up with art organizations Circa and Serpentine to launch "Imagine Peace" activities in different cities around the world this month, connecting people everywhere through the words on large outdoor billboards , together to "imagine peace". 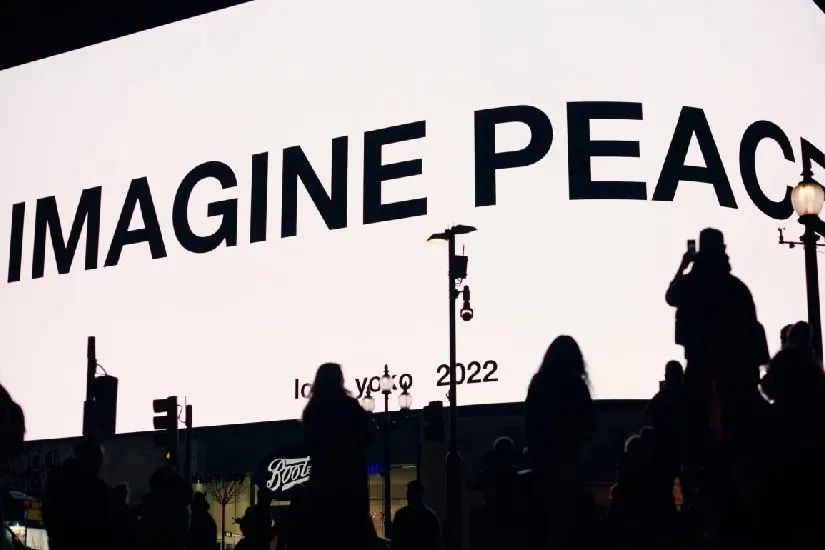 The concept of the "IMAGINE PEACE" art installation originated in 1969. The two first launched "War is Over" billboards in multiple cities to promote anti-war awareness. Today, Yoko Ono still resents war and continues to use her methods to promote world peace. 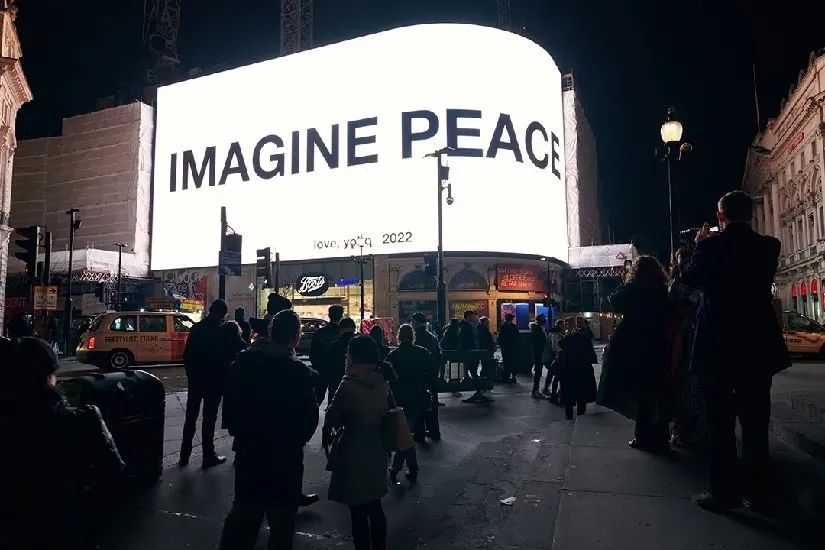 At that time, they chose 12 major cities, including New York, Los Angeles, Rome, Berlin, Paris, London, and Tokyo, to erect large outdoor billboards and write War is over in black letters on a white background! If you want it. 53 years later, this "IMAGINE PEACE" art installation is a replica of that year, hoping to use simple and clear words to spread the message of peace to the world. "Imagination is something everyone can do, even if we all have different ways of getting there." For her, peace is what she's been hoping for throughout her life, as sung in the song "Imagine." 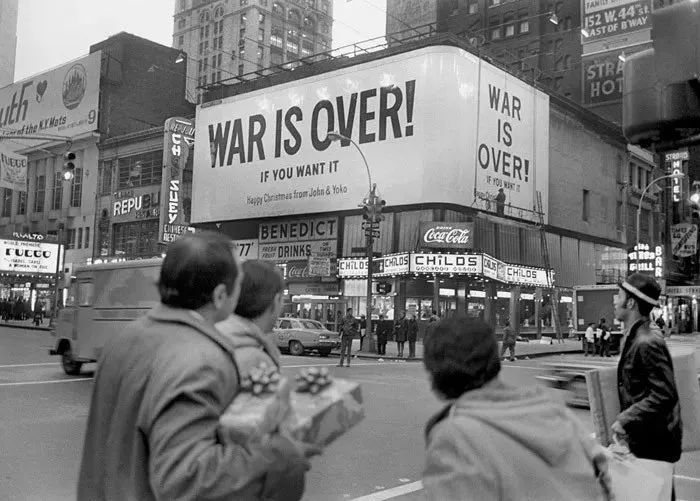 The art installations will be displayed in 8 cities including New York, London, Berlin, Los Angeles, Melbourne, Milan, Tokyo and Seoul, and will light up at 8:22 pm every night throughout March; in addition to the LED Screen Advertising wall, limited edition prints will also be released simultaneously , the proceeds will be donated to the United Nations Central Emergency Fund (UNCERF), which provides food, water, medicine and shelter to countries at war. 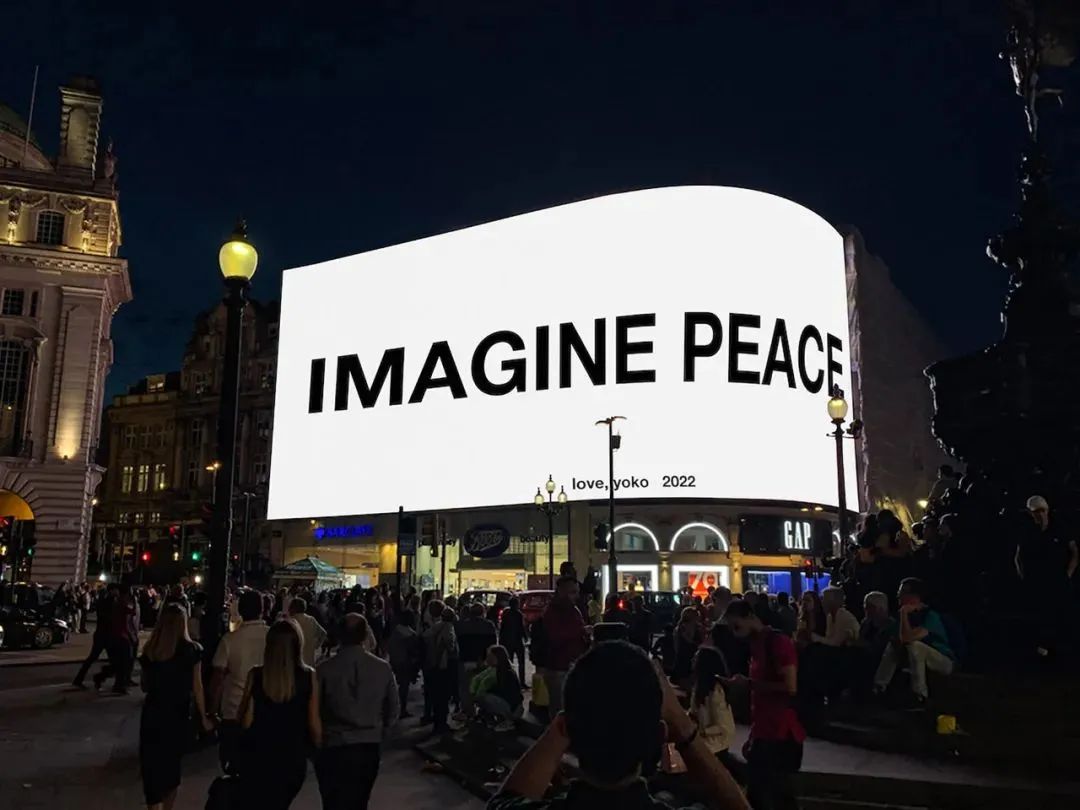 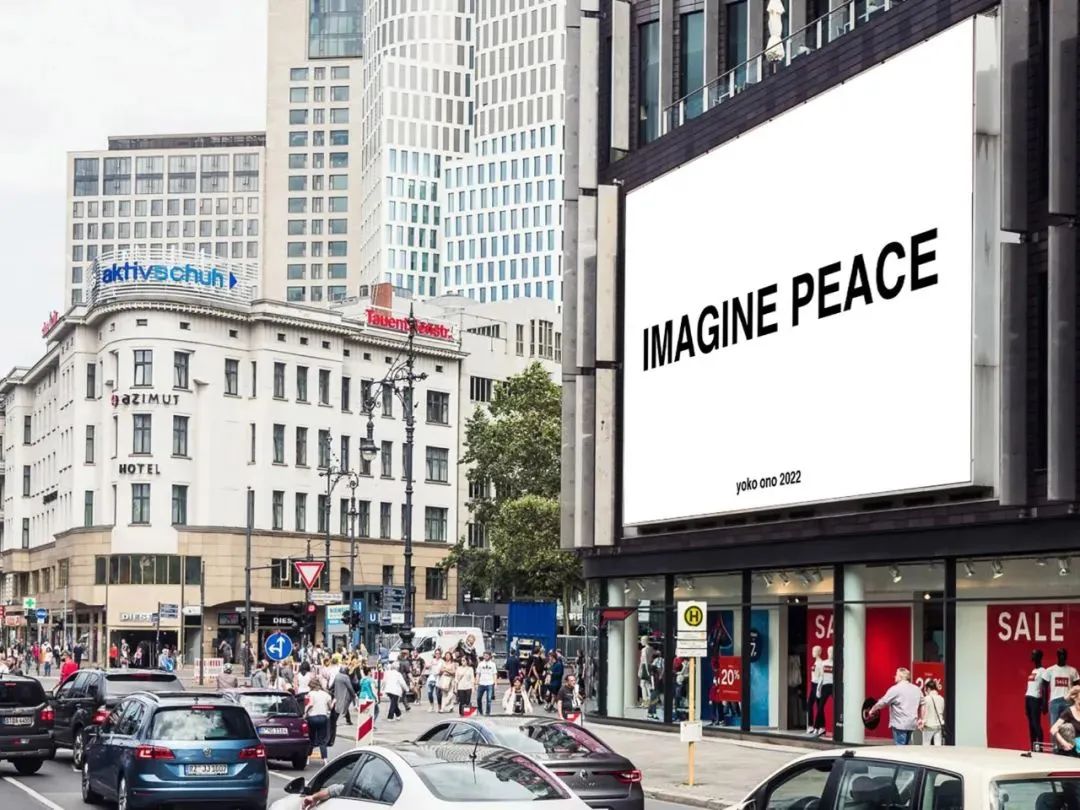 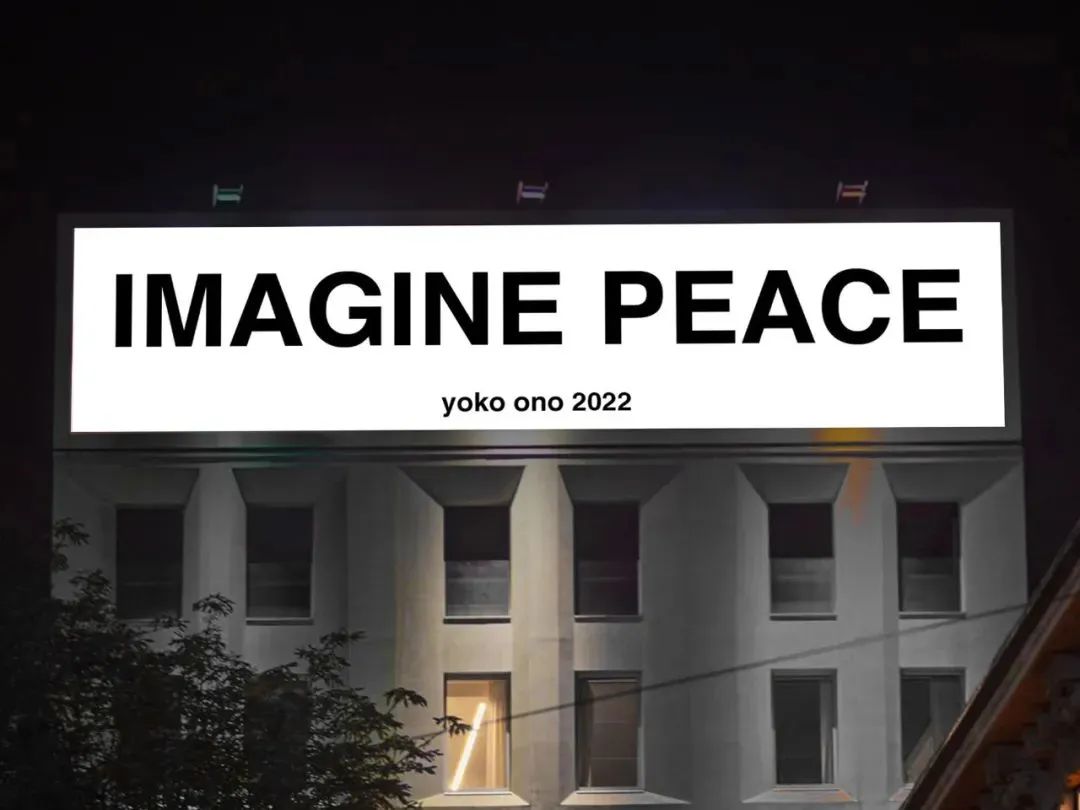 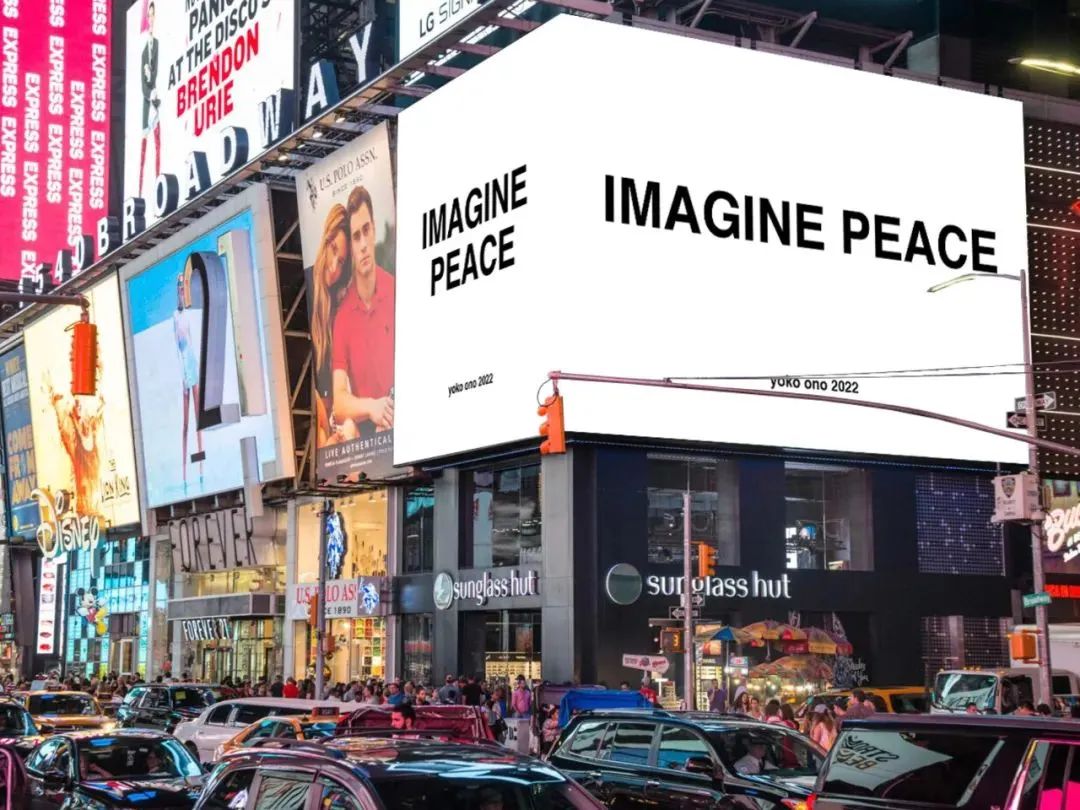 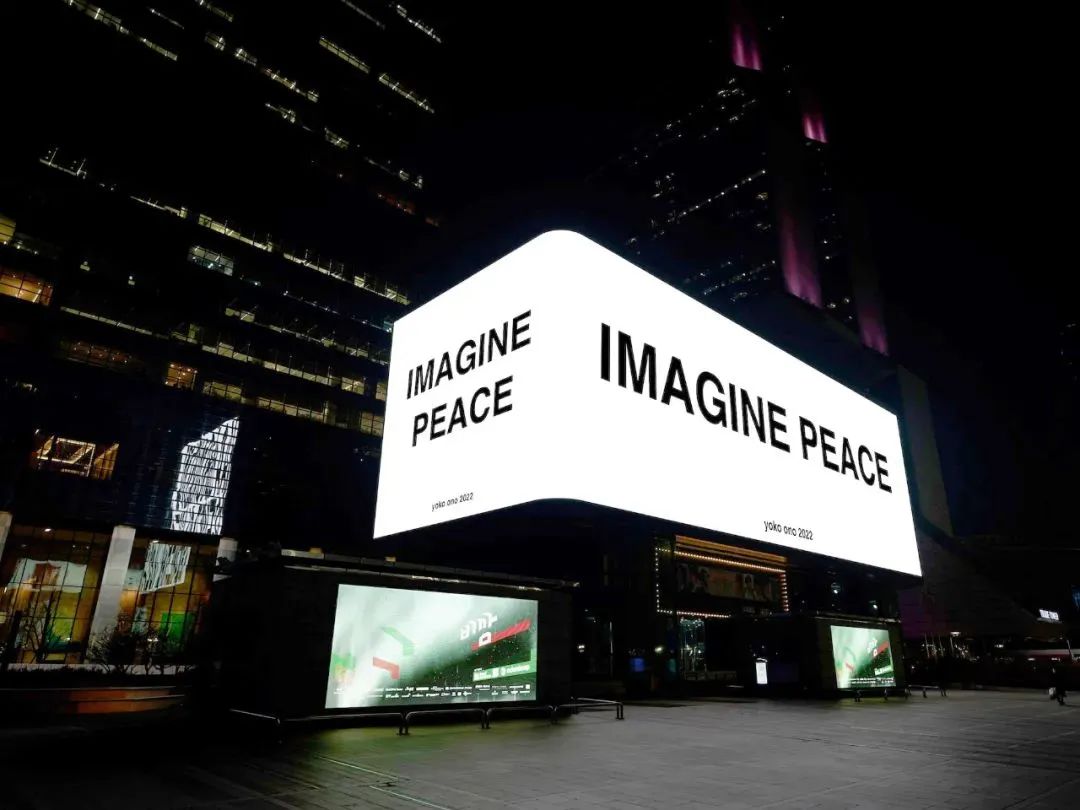