Do You Really Understand The LED Display Parameters?

Digital Led Display, whether it is a customer or a practitioner, the customer needs to purchase and communicate with the salesman. Most of the time, the communication is very difficult, because some parameters involved do not understand, and many people in the industry often communicate with each other.

Many LED display parameters and nouns are not understood, so whether it is practitioners or customers, it is necessary to make a general understanding of the common parameter nouns of led display, which is conducive to the stable advancement of the project. It is also conducive to mutual communication, but also a kind of responsible withdrawal to the customer and the project.

LED module is the core of the LED display screen, it is equipped with a LED circuit board and shell, and the LED lamp beads arranged in accordance with certain rules to be packaged together, and then add some waterproofing and composed of a product. With the LED display industry, the continuous development and application of more and more widely, LED module function and role of even more cannot be ignored. 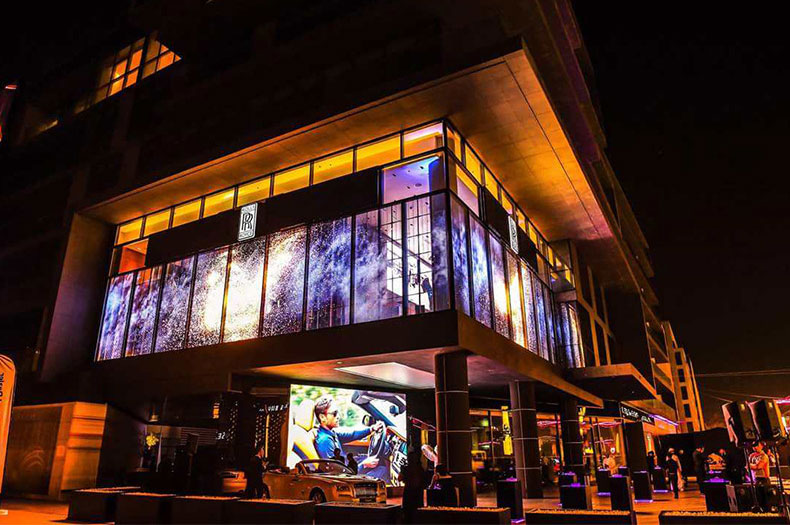 Let's take a look at the LED modules under the main parameters.

Adhaiwell.com here sorts out the common parameter nouns of the led display to explain, and everyone can become a professional soon.

LED is the abbreviation of LIGHT EMITTING DIODE. LEDs in the LED display industry refer to LEDs that emit visible bands.

The minimum illumination unit of the LED display has the same meaning as the pixel described in the ordinary computer display.

3. What is the point spacing?

4. What is pixel density?

Also known as dot matrix density, it usually refers to the number of pixels per square meter of display. Divided by pixel density or pixel diameter Since the LED dot matrix module used in the indoor screen has relatively uniform specifications, it is usually divided according to the pixel diameter of the module:

Pixel diameter and number of pixels of the outdoor screen

5. What is an LED module (cell board)

A small unit consisting of several display pixels that are structurally independent and can form an LED display. Typical 8*8, 8*7, etc., have the basic unit with circuit and installation structure, display function, and display function by simple assembly.

DIP is the abbreviation of DOUBLE IN-LINE PACKAGE, which is assembled in a double in-line manner.

8. What is the LED display?

A display screen composed of an array of LED devices by a certain control method.

9. What is the straight plug (plug light), what are the advantages and disadvantages?

It means that the lamp of DIP package passes the lamp foot through the PCB board, and the tin is filled in the lamp hole by soldering. The module made by this process is the plug-in lamp group. The advantages are: high brightness, good heat dissipation, and the disadvantage of the pixel density is small.

10. What is a surface mount module? What are the advantages and disadvantages?

The surface mount is also called SMT. The SMT packaged lamp is soldered to the surface of the PCB board through the soldering process. The lamp pins do not need to pass through the PCB board. The module made by this process is called the surface mount module. The advantage is that the display effect is good. The pixel density is large, suitable for indoor viewing: the disadvantage is that the brightness is not high enough, and the heat dissipation of the lamp itself is not good enough. 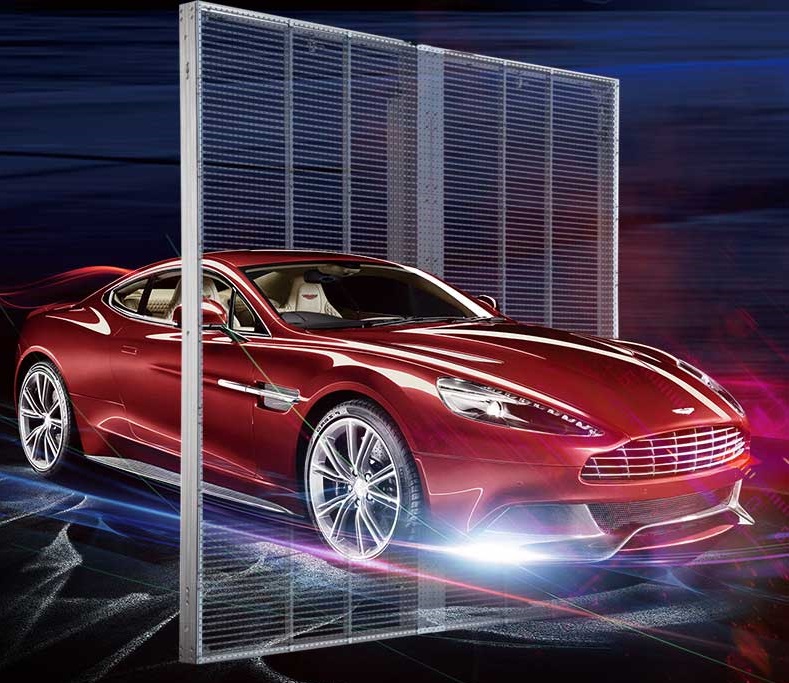 11. What is 3-in-1? What are its advantages and disadvantages?

It means that the SMT lamps of RGB three different color LED chip packages are vertically juxtaposed at a certain interval, which not only has all the advantages of 3-in-1 but also solves various shortcomings of three-in-one: complicated process and difficult maintenance.

The three independent SMT lamps of RGB are vertically juxtaposed at a certain interval, which not only has the advantages of 3-in-1 but also solves various shortcomings of the three-in-one.

13. What is the double primary color, pseudo-color, full-color display?

14. What is the brightness of the light?

15. What is the brightness level?

The number of levels of manual or auto-adjustment of the entire screen brightness from the lowest to the highest brightness.

Under the same brightness level, the LED display screen has the technical processing level from the darkest to the brightest. The gray level has multiple description forms, which are described.

17. What is the maximum brightness?

Under certain ambient illumination, each of the primary colors of the LED display is at the maximum brightness and maximum gray level;

PCB is (short for Printed Circuit Board) printed circuit board

20. What is the cell board specification? 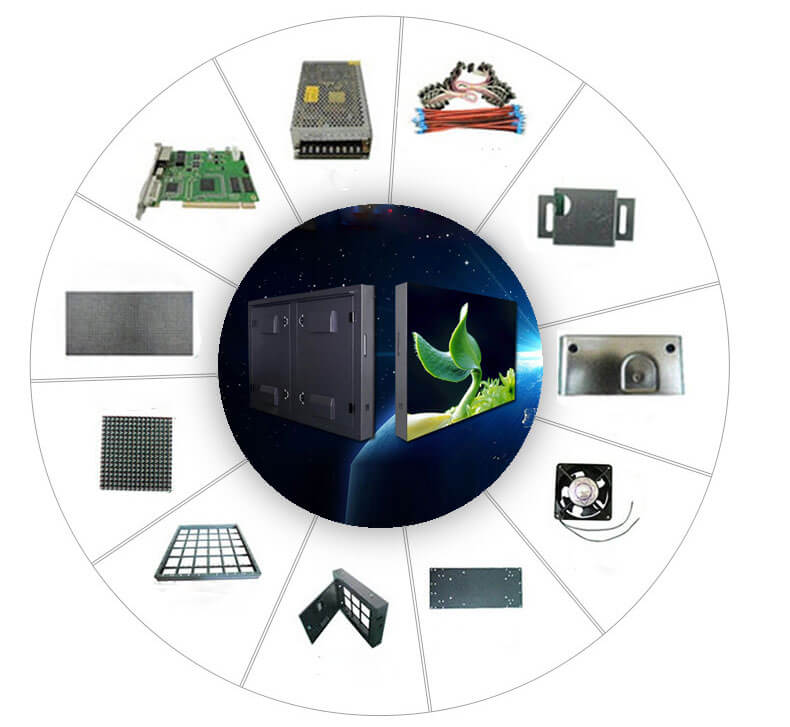 21. What is the module (cell board) resolution?

The ratio of the maximum brightness of the LED display to the background brightness under a certain ambient illumination.

24. What is the color temperature?

25. What is the color difference?

The LED display is composed of red, green and blue colors to produce various colors, but the three colors are made of different materials, the viewing angles are different, and the spectral distributions of different LEDs are varied. These differences can be observed. For color difference. When the LED is viewed at a certain angle, its color changes, and the ability of the human eye to judge the color of the real picture (such as a movie picture) is better than that of the observation computer.

26. What is the frame change frequency?

The number of times the LED display screen information is updated in a unit time is to divide the content of the screen we see into multiple segments for playback. The frame change frequency is generally about 60, which is almost invisible to the naked eye.

The display screen of the led display is repeatedly displayed by the display in unit time. The higher the refresh rate, the more delicate the picture.

It is just enough to completely see the content on the display, and not flat, the clearest position of the image content relative to the vertical distance of the screen.

30. What is the point of loss? Several kinds?

The pixel points whose lighting state is inconsistent with the control requirements are divided into two types: blind spot (also known as a dead point) and constant bright point (or dark point); 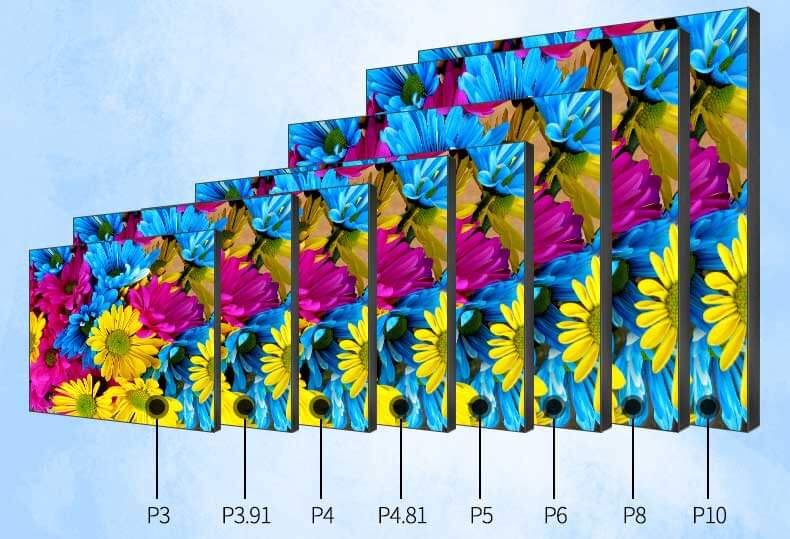 33. What is the general aspect ratio of LED display?

Graphic screen: determined according to the displayed content; video screen: generally 4:3 or close to 4:3; ideal ratio is 16:9.

34. A set of points that the control system can control

35. What is a nonlinear correction?

If the digital signal output from the computer is not corrected, the color distortion will appear on the LED display. Therefore, in the system control circuit, the signal output by the original computer is calculated by a nonlinear function. Since the front and back signals are nonlinear, we often call it a nonlinear correction.

37. What is color distortion?

It means that the same object is displayed in nature and on the display, and the difference between the two is the sensory vision of the human eye.

39. What is blind spot detection technology?

Through the upper software and the underlying hardware, the blind spots (LED open and short circuit) on the display screen can be detected, and a report is generated to tell the LED screen manager that such a technology is called blind spot detection technology;

40. What is power detection?

Through the upper software and the underlying hardware, the working status of each power supply on the display can be detected, and a report is generated to tell the LED screen manager that such a technology is called power detection technology.

43. What is a remote control? Under what circumstances?

45. When is the network cable used? When to use fiber?

46. What is LAN control? What is internet control?

The digital signal means that the value of the signal amplitude is discrete, and the amplitude value is limited to two finite values of 0 and 1. The circuit for processing and controlling the west signal is called a digital circuit.

Analog signal means that the value of the signal amplitude is continuous in time; the circuit that processes and controls this signal is called an analog circuit.

53. The use of GPRS technology for the display screen is there?

On the GPRS data network based on mobile communication, the data of our LED display screen is communicated through the GPRS transceiver module for data communication, which can realize point-to-point small-scale data transmission remotely and remotely, and achieve the purpose of the remote control;

The English abbreviation for USB is UNIVERSAL SERIAL BUS, which translates into Chinese: Universal Serial Bus. Also known as the universal serial interface, it can support hot swap, can connect up to 127 PC external devices: There are two interface standards of USB1.0 and USB2.0.

The common parameters and nouns of the led display are the above. It is not so blind to understand the approximate meaning of these parameters. Although it cannot be directly turned into a professional, it at least plays a very good role in attracting jade, better and better.

Quickly let everyone know the LED display parameter information, and it will be smoother when communicating.

For the project itself, there will be no mistakes.