At the moment, the online and offline integration of advertising is unstoppable. In the Internet era, the collection of offline data and the interconnection of online and offline data are no longer a dream. The bus shelter advertisement can not only realize the arrival notification of the advertisement information but also play a greater role--to become the sales terminal.

Adhaiwell is a China City Bus Stop with Mupi led signage Side Advertising Light Box manufacturer, also the city street furniture. We offer a variety of design and modular structure in different sizes of city bus stops with advertisement box, focusing on the country’s largest metropolitan area. With this new bus shelter signs, Adhaiwell will give the city a new impulse. 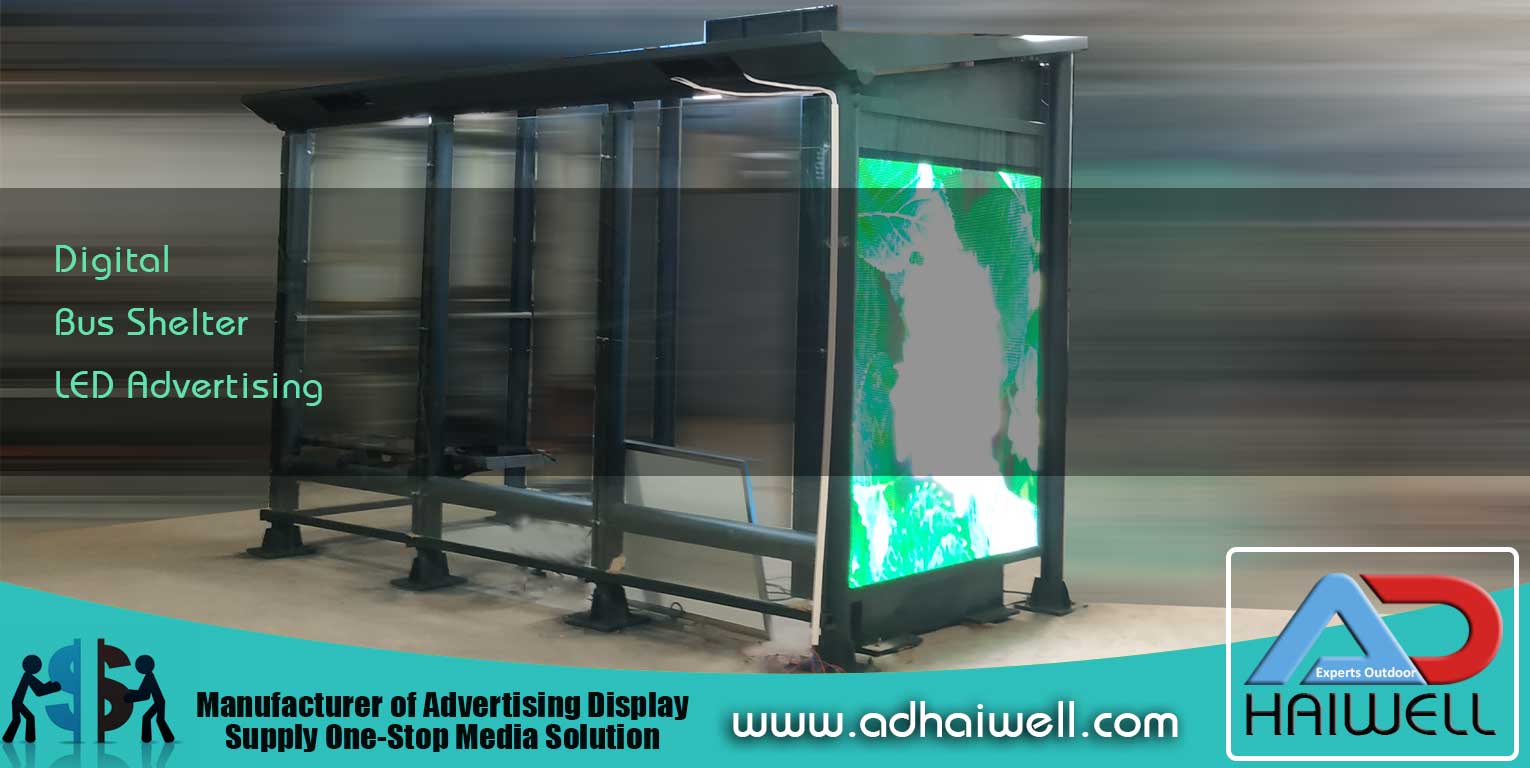 Specifically, it is to pass the brand temptation and purchase channels to consumers anytime and anywhere and to increase the probability of instant consumption. Each bus shelter media can be a sales terminal. On the one hand, new technologies enable consumers to achieve “instant consumption”. At present, the main way for the advertising and consumption of Unicom Media is the QR code. After the consumer sees the advertisement, he can directly jump to the mall by scanning the QR code to complete the purchase.

The bus shelter has a relatively long dwell time compared to other outdoor media formats. From the perspective of life experience, the average waiting time for each person can be 2-3 minutes. Consumers are tempted by the product, scanning the QR code to complete the purchase will not exceed 1 minute. 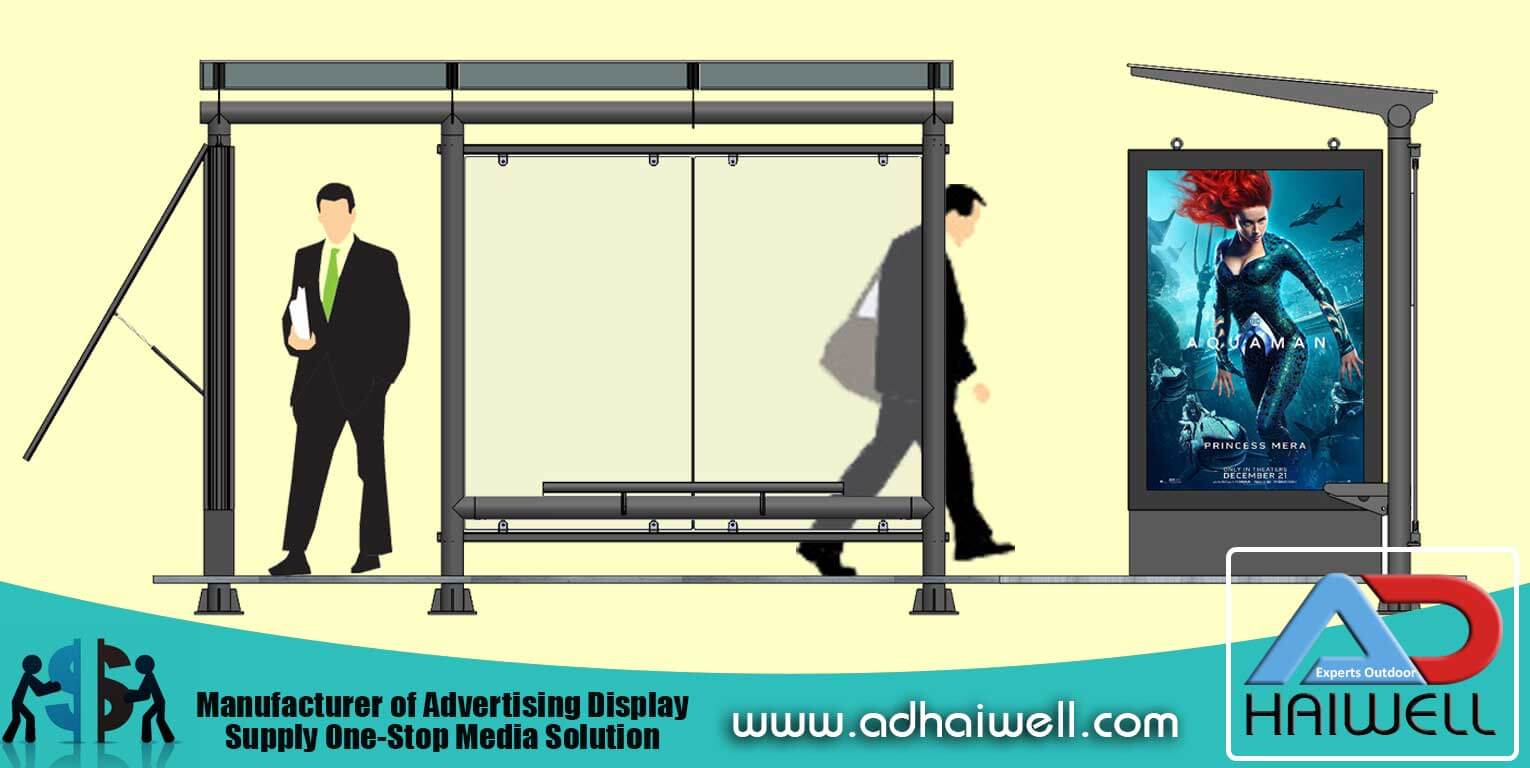 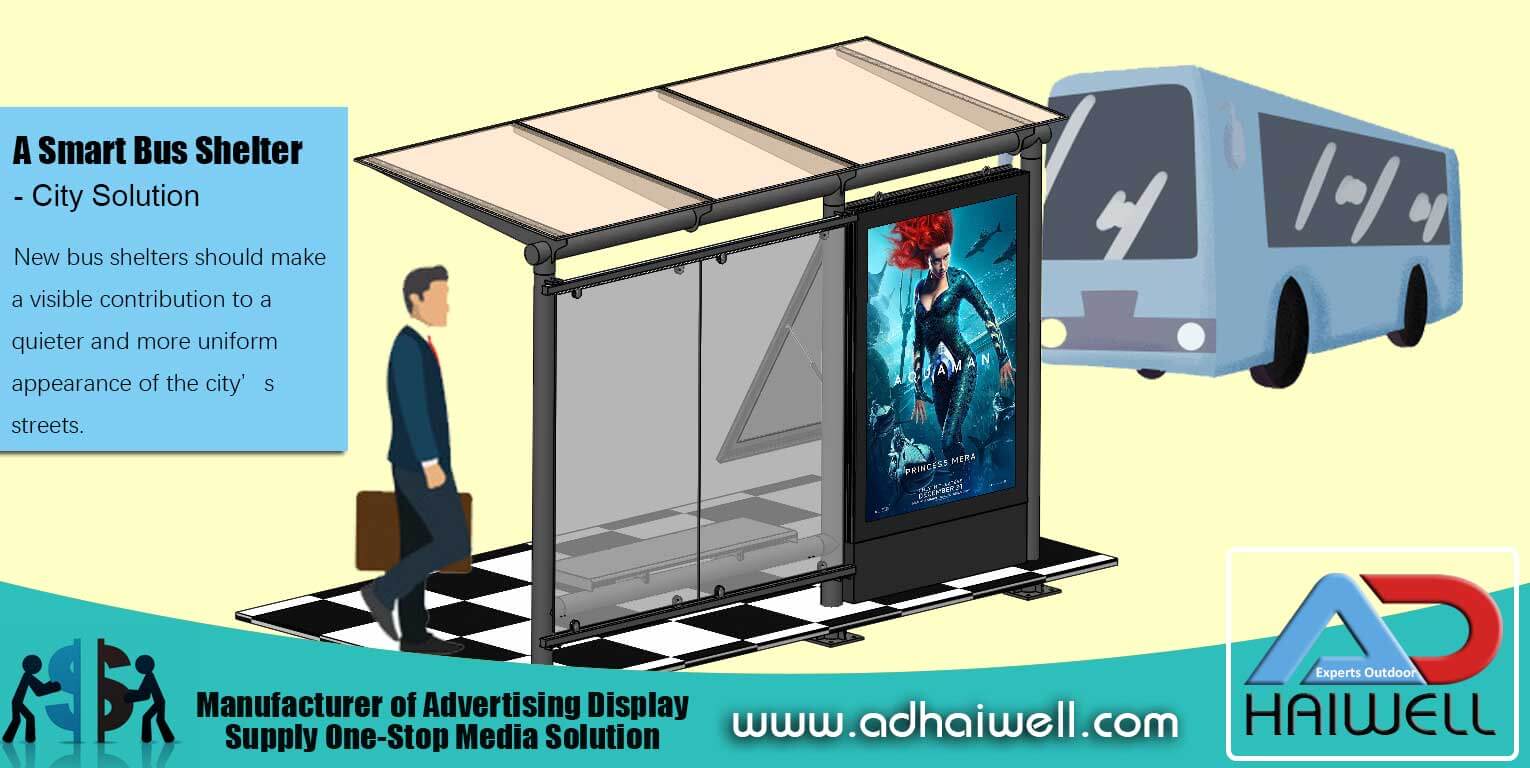 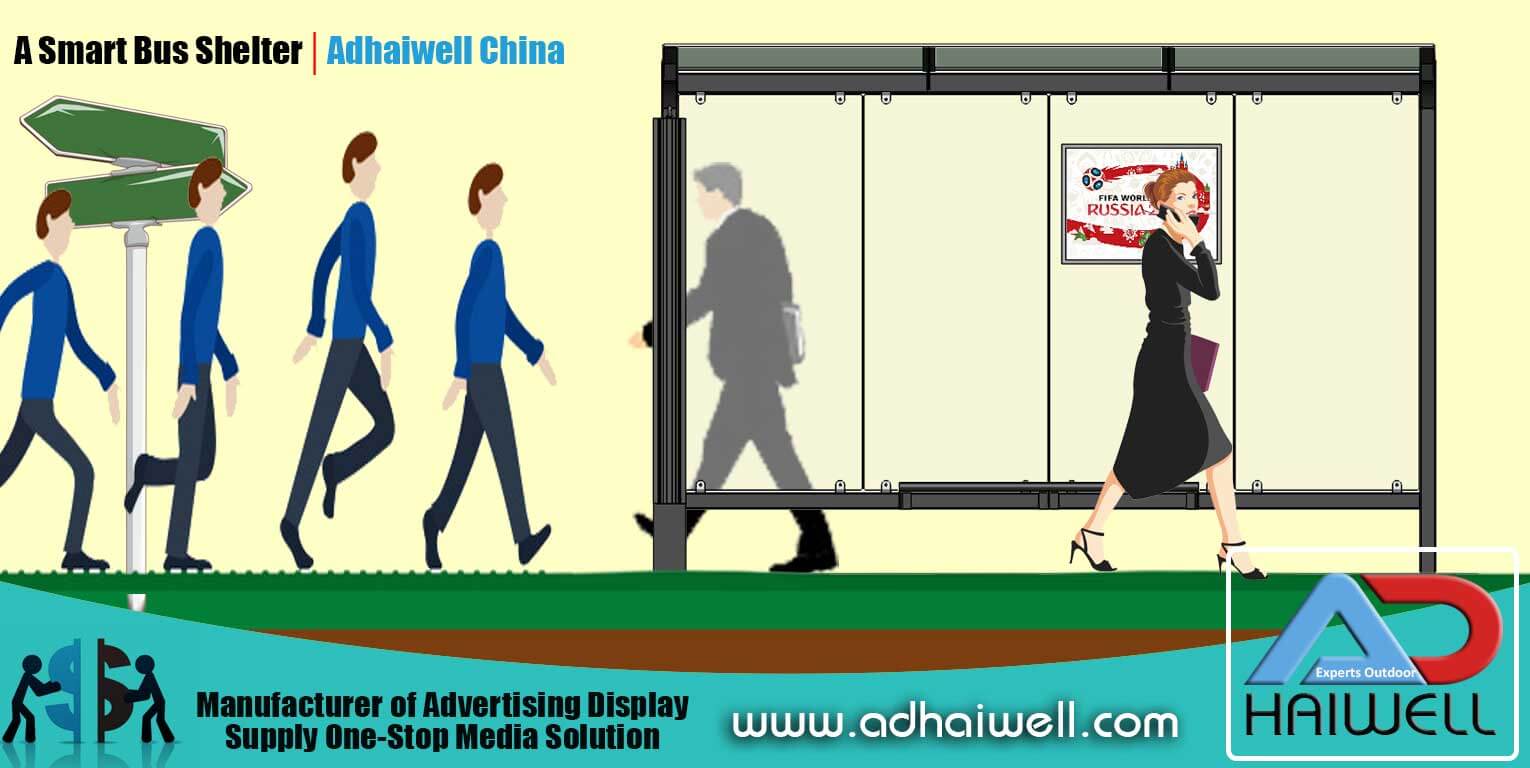 Digital LED Advertising Display Street Furniture, also known as Digital MUPI Signage, is an acronym for the French phrase Mobilier Urbain Pour L' Information and is a trademark of French outdoor advertising company JC Decaux. MUPI LED signs is an outdoor advertising board which is usually placed on the pavement by the side of the road. MUPI may be single-sided or double-sided and are backlit with an LED video display. It could be a LED screen, columns, poster or more. MUPI LED street furniture is a versatile format. 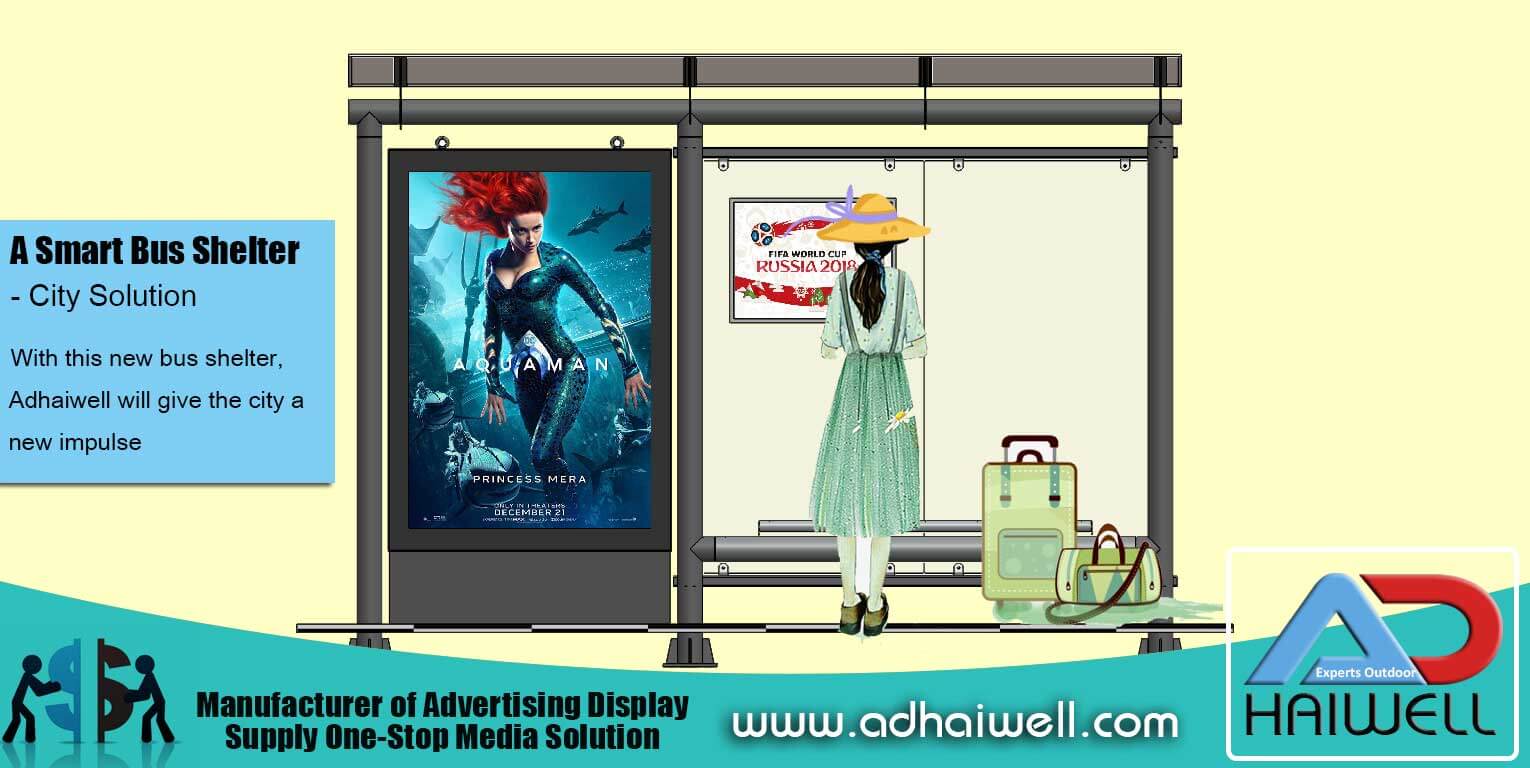 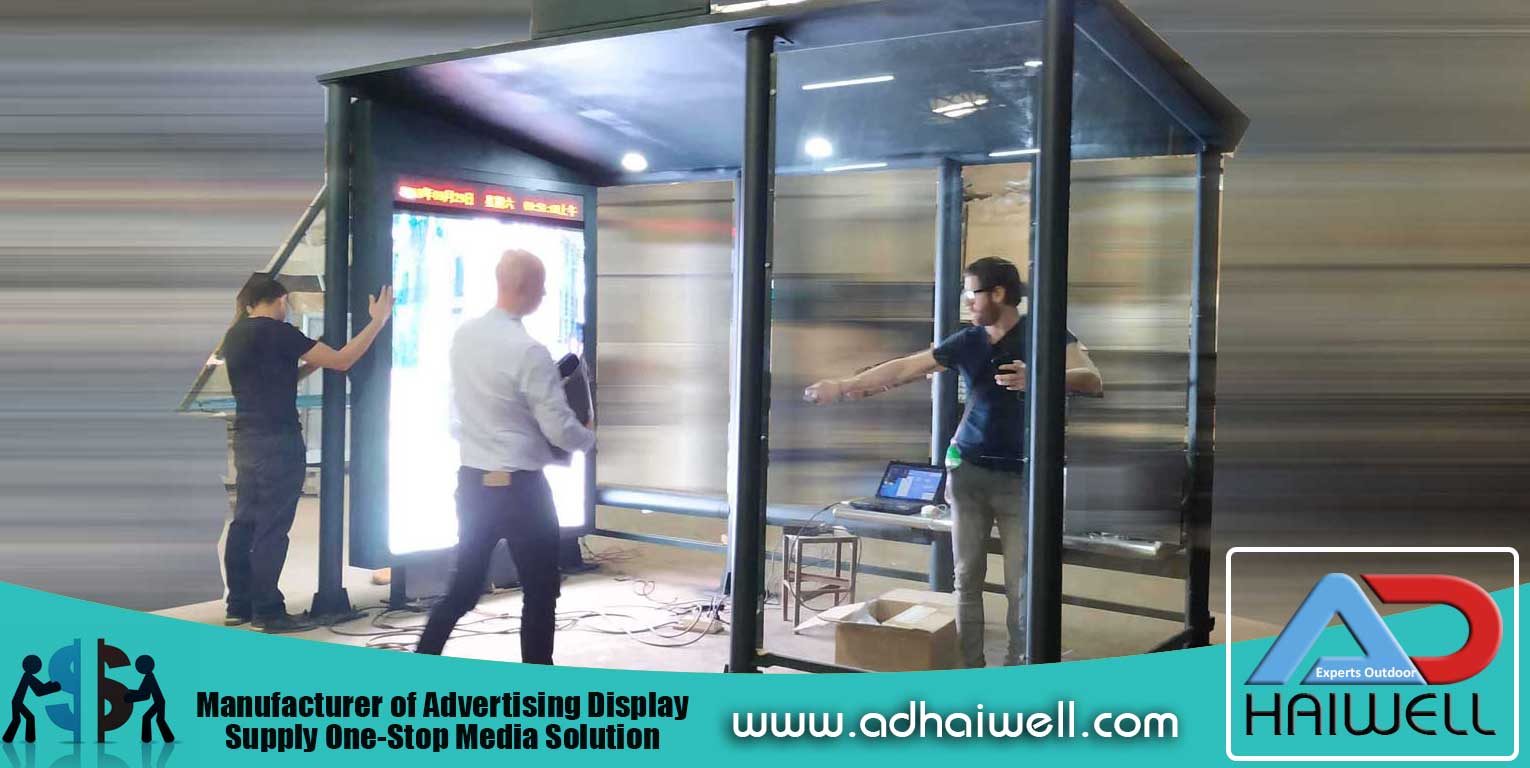 In other words, in the Internet era, with its unique advantages and ever-changing Internet technology, the bus shelter media will become a new sales terminal, ushered in new chance.